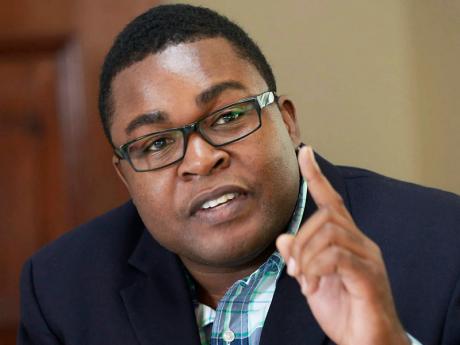 Robert Morgan, adviser to Opposition Leader Andrew Holness, has criticised the media for its lack of coverage of the Jamaica Labour Party (JLP) in recent times.

"The leader of the opposition, almost every weekend, is somewhere else. We used to have numerous courtesy calls that we used to invite the media to, but they don't turn up because we are not Government," Morgan said.

Morgan, who was a guest at the latest Gleaner Editors' Forum at the company's North Street offices in Kingston, said despite the party's attempts to reach out to the media, the poor response gives the impression that the media lack interest in the Opposition.

Morgan pointed to Tuesday's launch of the JLP's new website at the party's Belmont Road headquarters, where he argued that despite numerous invitations to the press, "half of the media didn't turn up".

He argued that the party's new website was worthy of media coverage as it was an important step for the party in opening a new portal for a "key demographic".

His comments were echoed by Duane Smith, the JLP deputy spokesperson on ICT and digital society development, who responded to criticisms of the apparent silence of the party's leadership on key national issues.

"There is not one national issue that the JLP or its leader has not spoken out on," Smith said. "The argument about the JLP being quiet or that the JLP is sleeping is not accurate."

Marlon Morgan, deputy spokesperson on agriculture, said the party has been actively advancing suggestions for the advancement of the country.

He argued that one "can hardly think of any other parliamentary Opposition in recent history that has articulated as many solutions and has positioned itself in a way that this current JLP Opposition has".

Smith conceded that throughout his political career, he has taken note that there are certain times the public does not listen "to what the Opposition has to say".