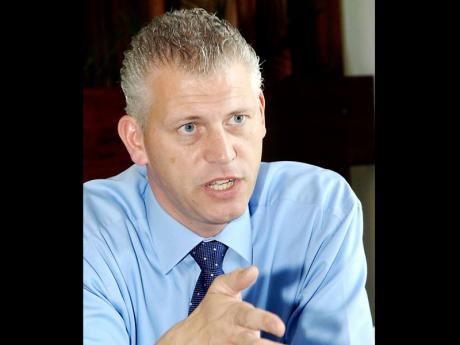 POLICE STATISTICS have revealed that less than half of the over 1,600 serious crimes reported this year, including murders and shootings, remain unsolved, prompting a warning from some prominent security experts that this will embolden criminals.

"You give criminals the confidence that they are not going to get caught when they see that the clear-up rate is so poor... It actually encourages criminals to go and commit crimes," former deputy commissioner of police Mark Shields reasoned.

He was reacting to figures contained in the Jamaica Constabulary Force's (JCF) latest Periodic Serious and Violent Crimes Review, which showed that only 777 of the 1,692 serious crimes reported up to last weekend have been cleared up - meaning a suspect has been arrested and charged.

Shields, who had responsibility for the tough crime portfolio during his tenure in the JCF, and chairman of the anti-crime initiative Crime Stop, former army lieutenant Peter John Thwaites painted a picture of police investigators swamped with as much as 40 cases, each compounded by inadequate resources available to detectives.

And with the daily inflow of new cases, Thwaites said detectives are now being forced to give priority to the ones they can solve easily.

"Therefore, you get cases where you just put them aside and say, 'Well, this one looks difficult, and I can't get all the information, so I'll work on this one'," he asserted.

Among a raft of proposals aimed at improving the JCF's clear-up rate, Shields called for an increase in the size and capacity of the Criminal Investigations Branch (CIB).

However, the former deputy police commissioner argued that enactment of the long proposed DNA legislation was the single most important thing that can be done to "singularly improve the clear-up rate no ends".

"If we live in a high-crime society, why aren't we giving the police the ability to have that legislation which would, no doubt, enhance their capability to solve crime," he said.

"We hear excuse after excuse from various administrations, not just this one, but the delay is intolerable," Shields continued.

Thwaites conceded that there have been major improvements in the ballistics testing being done by the JCF, but said its overall forensic capabilities have to improve.

"The technical stuff that is necessary today to tie the evidence together is not good enough as it exists and needs to be," the Crime Stop chairman said.