Bartlett: Time to walk away from CARICOM 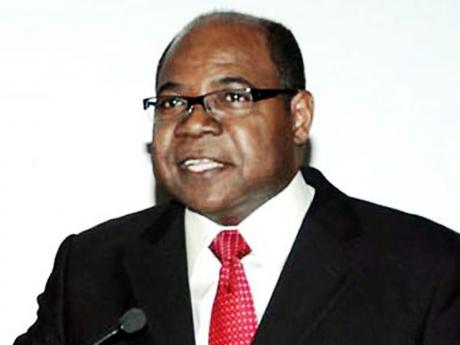 THE PARLIAMENTARY Opposition has restated its position that the time has come for Jamaica to walk away from the Caribbean Community (CARICOM) and move instead to establish a regional mechanism that can enhance the country's development.

Edmund Bartlett, MP for East Central St James and Opposition Spokesperson on Foreign Affairs, contributing to the Sectoral Debate in the House of Representatives on Tuesday, said the Caribbean and Jamaica "can no longer spend scarce resources without realising a positive return on investment".

"Jamaica needs to count its costs in the CARICOM experiment and decide whether it's the best fit for our situation or whether another construct, a new architecture may instead be the way forward," Bartlett added.

CARICOM, an organisation of 15 Caribbean nations and dependencies, was created in 1973 with its main purposes being to promote economic integration and cooperation among its members, to ensure that the benefits of integration are equitably shared, and to coordinate foreign policy.

Bartlett argued that with Jamaica importing so much from CARICOM, the trade component of the agreement may not be working in the country's favour. He noted that Jamaica's negative trade balance with CARICOM over the period 2004 to 2011, grew by 54 per cent year on year.

"The aggressive growth in the trade deficit was largely driven by the import of petroleum products from Trinidad and Tobago, while imports of rice, non-alcoholic beverages, breakfast cereals and frozen fish also contributed to the trade imbalance," Bartlett said.

He added: "On the other hand, other exports to the region, which are mainly non-crude petroleum oils, alcoholic and non-alcoholic beverages, animal feed, juices and food preparations, grew by an average 6.8 per cent annually. Last year, our exports to CARICOM declined by US$67.4 million. The total regional trade balance in 2013 was negative US$881 million.

The opposition spokesman said it is clear that "Jamaica has not benefited much from its membership in CARICOM."

"Maybe now is the time for Jamaica to look to a new arrangement perhaps with the countries of the Northern Caribbean and Central America, for example, the Dominican Republic, Cuba, Haiti, Bahamas, Puerto Rico, Cayman, Turks and Caicos, Costa Rica, Panama, Colombia and Mexico. These are all countries within the Caribbean Sea, but whose collective GDP is well in excess of US$500 billion and a market size of 300 million."

Bartlett said the new approach to trade within the region would provide Jamaica with a great opportunity for an expanded economic space to drive production and increase growth on the island.