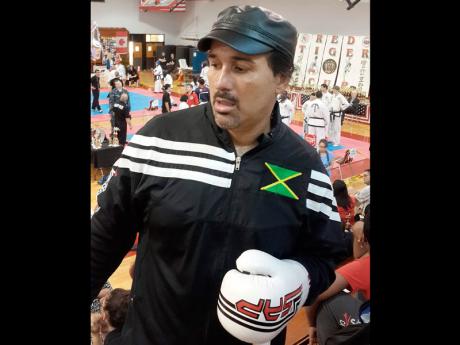 Clad in green, gold and black and representing five groups, 54 Jamaican fighters of varying ages have sights set on last year's record of 90 medals - 29 gold, 30 silver and 31 bronze - picked up across multiple disciplines.

However, at least one of the gold medals won last year could be under threat as Jamaica's male combined martial arts team, which opened the 2013 tournament with victory in the Continental Gold Cup, has lost captain and top-ranked fighter, Nicholas Dusard, to injury on the eve of competition.

Dusard was expected to lead the male combined team in open competition, a much tougher assignment than the Gold Cup as the Jamaicans won't know their opponents until they reach ringside.

Former captain, Jason McKay, who travelled as female combined team coach and manager, has been drafted in to replace Dusard as team leader, a role he had relinquished at the start of the year.

"This is something I didn't plan for, enjoying my birthday and all. Injuries don't announce themselves but you have to expect them," he said.

Rising Sun Karate, led by Heather Campbell was last year's top group with 11 gold, 33 medals overall, followed by Jamaica Tae kwon do, which picked up nine gold in their haul of 27.

Tomorrow's Night of Champions will feature Adrian Moore on the big stage, facing Malaysia-born Hong Looi, who fights out of Ireland.

Moore will be the fourth Jamaican featured on the annual US Open's Night of Champions, since 2010, following Olympian Kenneth Edwards, Nicholas Dusard (twice) and Sheckema Cunningham.