Is the workforce ready for logistics hub? 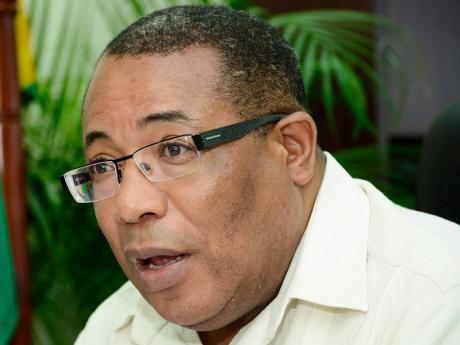 A lack of adequately skilled individuals is being given as one of the main reasons the country is slow off the mark in its quest to become the fourth node in the global logistics chain.

Industry, Investment and Commerce Minister Anthony Hylton said plans were well under way to make Jamaica hub-ready, but there was still uncertainty over whether the country would have the human resources to meet the demands that the hub will require.

Speaking on Thursday as part of a panel discussion held at the University of Technology to explore the capacity-building opportunities that the logistics hub may present, Hylton said deliberations over at least one project had to be shelved because of concerns about the preparedness of the Jamaican workforce.

He said that over 30 established companies had shown interest in the Caymanas Economic Zone, one of the proposed 16 economic zones central to the logistics hub plans.

However, Hylton said the Cabinet decided that it might have gone ahead prematurely with the Caymanas Economic Zone and decided to halt the bidding process for the project.

In March, Permanent Secretary in the Ministry of Industry, Investment and Commerce Vivian Brown told a sitting of Parliament's Public Administration and Appropria-tions Committee that the much-touted Caymanas Economic Zone had to be shelved as the project arrangements could not have been facilitated under the current International Monetary Fund (IMF) agreement.

At the time, Brown said the Government had appointed an enterprise team to advise it on the way forward.

Brown told the committee that such an arrangement could not have been facilitated under the IMF deal. However, Hylton said that the preparedness of the labour force was fundamental to the postponement of the project.

"The Cabinet, upon deliberations, decided that we were probably immature in the pace at which we were going because the central question was, 'Are we ready with our human resource?' We pulled back, in large part because we could not answer that question in the affirmative," he said.

He was adamant that the preparedness of the workforce would be critical to Jamaica becoming a respected logistics hub.

"Truth be told, part of the approach and pace at which we are implementing the hub is conditioned on the preparedness of our people," Hylton said.