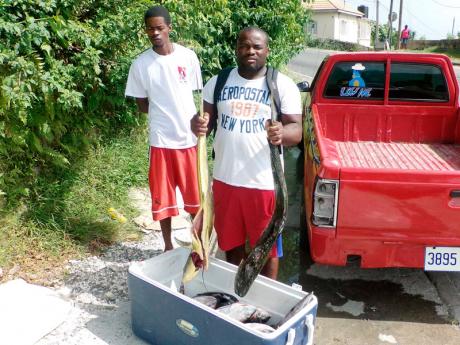 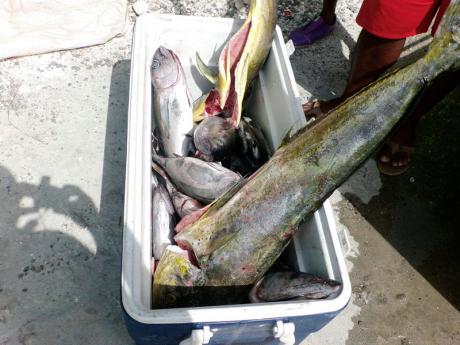 Brought up by his father, who today remains his closest friend, Michael 'Quado' Grant continues to defy the odds through sheer determination and has established himself as a legitimate businessman.

The absence of a mother in the family home at Norwich in Portland was sometimes painful to handle, and with father, Horace, who struggled to find a steady job, Grant took to the sea at the tender age of seven, where his career as a fisherman began.

"It was really tough back then," said Grant.

He added: "My father also had to play the role of a mother and I know it was rather difficult and frustrating at times. By the time I was 15 years old, I started going to sea in a boat with a friend, and the little money that I earned from catching and selling fish was put away safely in the bank. It was always my ambition to own a boat and an engine, as this was the only life that I knew. I dropped out of school, which was sad, but I was determined to succeed."

Over the next five years, Grant, who admitted that there were times he thought about quitting the sea life as a result of bad weather, pirates who stole his fish pots, and other unseen dangers, pondered whether fishing was the right occupation for him. But with each obstacle, he realised that success did not come easily.

But by age 21, Grant was able to purchase his first boat - a used one, along with an engine - which was the first indication of better things to come.

And things did get better for the youngster as according to him, businessman Paul "Bigga" Young, who operates a loan facility, encouraged him to borrow in order to improve his fishing business.

Grant explained that he quickly took up the offer, and shortly afterwards he contracted the services of two divers and started making trips to the Morant and Pedro cays, where his catch improved.

But climbing the ladder towards success has not been easy for Grant, who complained bitterly that frequent harassment from the police, for his alleged link to drug involvement is hampering his progress as he alleges that the lawmen are making him out to be a player in the illicit drugs trade.

However, the fisherman-businessman has hit back, claiming that he has always been a law-abiding citizen and that there is no reason for him to break the law and to be involved in any form of drug trafficking.

Continuing, Grant said: "Every single dollar that passes through my hands can be accounted for. I have three boats at sea with a number of fish pots, and my catch on any given day, providing that the weather is good, is approximately 500lb of fish. I supply (a) hotel, supermarkets, restaurants, and the smoke marlin market for export. My catch includes dolphin, king fish, marlin, salmon, tuna, snapper, parrot, grouper, lion fish, lobster, and conch.

"Ur Monie Mart, which is a lending agency, has always supported me in getting loans. I love fishing, and this is my occupation and livelihood.

"I will be celebrating the birth of my child shortly, and I will ensure that this child gets the education that I didn't get."