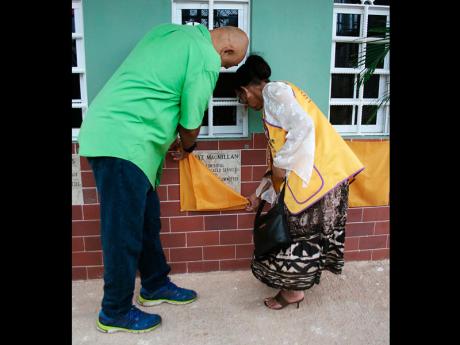 Members of the Lions Club of Mandeville unveil an engraved plaque at the newly renovated ticket house at Brooks Park Sports and recreational centre in Mandeville. 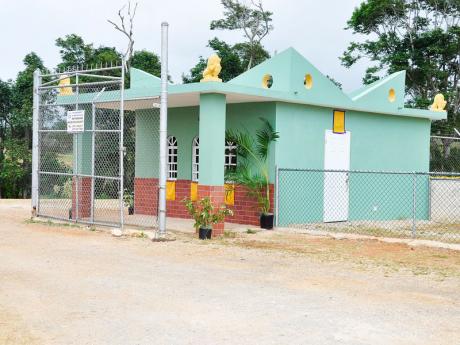 The newly-renovated ticket house at the Brooks Park Sports and Recreational Complex donated by the Lions Club of Mandeville. - Contributed photos
1
2

The initial plan was to replicate an atmosphere conducive to family activities and community functions. Over time, the progress of its development slowed and it seemed far-fetched. But little by little, Brooks Park is building momentum.

With the collaborative efforts of community stakeholders, the Brooks Park Sports and Recreational Complex in Mandeville recently received a facelift from the Mandeville Lions Club when a ticket booth and club house, valued at more than $10 million, were handed over to the committee. The buildings, donated by chairman of Impact Trading Ltd and the Lions Club Wellness Committee, Paul Fraser, will seek to maintain the services offered by the park to the public, which include grounds for major concerts and sporting activities.

For chairman of the Brooks Park Sports and Recreational Complex Committee Dr Clifton Reid, it was a thrilling moment and a great move to have the park return to its glory days.

"In 2009, I was asked by Her Worship the Mayor Councillor Brenda Ramsay to take the Brooks Park concept a bit further; to make it into more than just a field - to make it into a 'real park' with amenities for the entire family."

The park, dubbed the first peace park in the Caribbean late last year by the International Institute for Peace through Tourism (IIPT), has the potential to become the ideal spot for family get-togethers.

Member of Parliament for North West Manchester Mikael Phillips, who was speaking at the handover ceremony, said: "My dream for Brooks Park is for it to return to the premier location, not only for sports, but one for families to enjoy. Brooks Park represents a much-needed green space to which I'll commit $1 million per year for the next three years its ongoing to development."

Money will also be coming from the Constituency Development Fund during the 2015-16 financial year to make the park the third hub in the BPO/ITC sector, with 100,000-square feet of space currently under construction in the parish.

Phillips, who was very much heartened by the donation, said, "Partnerships like Metrodade Security, Brumalia Hardware, the Manchester Parish Council, and ordinary members of the community have resulted in Brooks Park being the success that it is."

The donation by the Lions Club was a great achievement, but even more, the ability to honour their long-serving, dedicated members was of major importance. The club honoured nine members of the wellness committee, who have given between 15 and 30 years of service, by engraving plaques and encasing them in the six windows that make up the ticket booth, as well as the entrance to the booth. The honourees were Bingroy Elliott (posthumous), Enid Edwards, Rupert MaGee, Pamella Freeman, Clive Corke and Fay McMillan.

Doctors Hopeton Falconer, Norman Day, and Sean Curtis also got their names engraved in stone for their long-standing commitment to and support of the club's Wellness Committee.

Directors of the park are hoping that this will be the first in a series of rennovations and the efforts of the community stakeholders to have the park retrofitted.