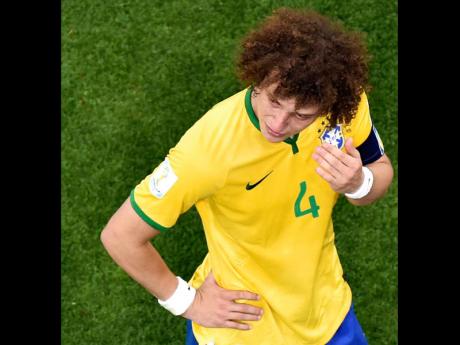 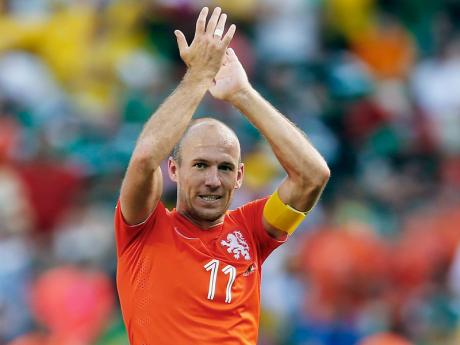 Dutch coach Louis Van Gaal and Brazil's Luiz Felipe Scolari will both be trying to motivate their players for today's third-place match at the 2014 World Cup.

Van Gaal and his men have a mission of becoming the only Dutch squad to finish a World Cup unbeaten in regular play. Brazil want to finish on a high after their devastating 7-1 drubbing by Germany on Tuesday.

After being eliminated by Argentina on penalties, The Netherlands have the chance of ending the tournament without a loss in seven matches. The Dutch won their first four games, then drew Costa Rica 0-0 in the quarters and Argentina 0-0 in the semis.

Van Gaal had been saying the third-place game was pointless and that he would rather not play it, but yesterday he changed the tone a bit, saying that going out without a loss would be a good reason to stay motivated.

"We are realising that there is something else we need to defend and we have to go for it," Van Gaal said through a translator. "Never has a Dutch team returned home unbeaten, and that has to be the next target."

It is the second time The Netherlands are playing in the third-match game at a World Cup. They fell to Croatia 2-1 in 1998 after being beaten by Brazil in the semi-finals.

"Losing hurts a lot. The pain doesn't go away so fast, but it's part of sports," striker Dirk Kuyt said. "There's always the next match. We want to win here and return unbeaten. It will be easier to get on the plane with a good feeling. It would be wonderful to close this World Cup by winning. We are still not satisfied, but third place gives you a much better feeling than fourth place."

Van Gaal recalled that even the great teams of 1974 and 1978 were not able to finish the World Cup without losses. The 1978 squad had two losses in the tournament in Argentina.

The coach had said he didn't think it made sense to play the third-place match with two teams coming off extremely disappointing losses.

"I'm disappointed. We came here with only one objective and we had the confidence and faith that we could achieve this objective," Gaal said. "We are not the best team in terms of quality, I always said that, but we are the team that is most difficult to defeat."

Brazil's Scolari and his players will he hoping to finish the tournament well and put the devastating semi-final loss to Germany behind them as quickly as possible.

Scolari on Wednesday said they have to find a way to move on, and the team already has a new objective: win the third-place game today to give fans some reason to celebrate.

"Life goes on, we need to look forward to our next goal, and our next goal is to win the match for third place," Scolari said. "We have to play it. It has become our main goal."

The veteran coach said he knows the 7-1 result against Germany is going to hurt forever, but stressed that a "bad loss" can't erase what he considered was an otherwise good campaign by the national team.

Scolari said it was his job to ensure the players get past "this horrible feeling" that overwhelmed them after the loss to Germany.