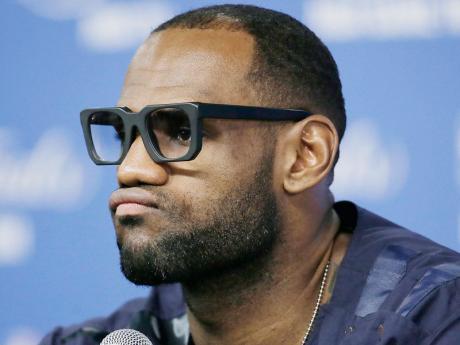 LeBron James is going back to the Cleveland Cavaliers.

Ending a saga that had the NBA virtually at a standstill while he made up his mind, James told Sports Illustrated (SI) for a story published yesterday that he has decided to go home. His decision reverses the move he made when he left the Cavaliers for Miami four years ago and a twist that would have seemed unfathomable after the venomous fallout when he joined the Heat.

"When I left Cleveland, I was on a mission," James said in the SI first-person story. "I was seeking championships, and we won two. But Miami already knew that feeling. Our city hasn't had that feeling in a long, long, long time. My goal is still to win as many titles as possible, no question, but what's most important for me is bringing one trophy back to Northeast Ohio."

James spent his first seven NBA seasons in Cleveland. In four years with the Heat, he went to the NBA Finals four times, winning two championships.

The Supreme Court of Pakistan has reinstated Najam Sethi as chairman of the national cricket board a day after the government appointed a retired judge as the head.

The government named Jamshed Ali as interim PCB chairman and placed Sethi on the new governing board to conduct fresh elections under a new constitution.

The court wanted the government to reconsider Sethi's nomination on the governing board, which the government didn't, therefore, the court decided to revert to the status quo and reinstated him.

Swedish Open organisers say defending champion Serena Williams will not appear at the tournament next week because she doesn't feel on top form.

Tournament spokesman Marcus Duner said yesterday that the top-seeded American had decided to use one of her two allowed annual withdrawals, with Williams saying in a statement that she was "still not at 100 per cent."

At Wimbledon, Williams couldn't get the ball over the net in a doubles match with her sister Venus, stopping after three games because of what was called a viral illness.