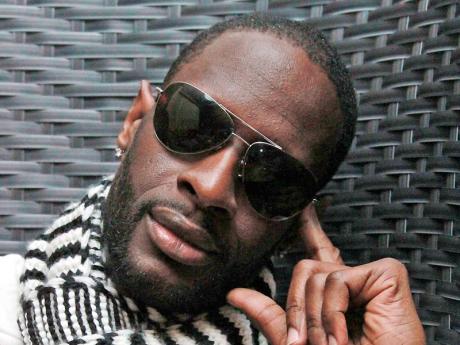 It's not by chance that Jay-5 ended up in the entertainment business. Christened Omar Craig Forsythe, Jay-5 began showing his inclination towards music from a young age, and in fact, made it known to his mother quite early that he wanted to be a dancehall artiste.

Leaving Jamaica back in 2003 to live in Los Angeles, his mind was made up on what he wanted to do - further his musical career.

However, fate was to hand him more than musical opportunities, as the dancehall act was able to make his acting debut on the top rated CBS drama series, Criminal Minds, earlier this year. He later picked up other guest appearances on the law-themed TNT comedy-drama series, Franklin and Bash and the sitcom Family Times, among others.

When Entertainment Avenue spoke with Jay-5 last Wednesday from his Los Angeles, California base, he disclosed that music was his first love.

"Acting is something I do part-time - background acting. I just do it to get along and to boost popularity. I also do modelling," Jay-5 disclosed.

Background acting, sometimes referred to as extras, are non-speaking parts in a film. Jay-5 credits his manager, Belize Runway, for guiding his career and opening doors for him. "It's Belize Runway, she makes everything happen," the artiste stated.

Turning to the music, Jay-5 explained that he recently started working with Cahban Rekords and says he is "very happy with how things are going in my musical career."

On August 2, Jay-5 will officially release the single, Shake it Senorita, which is currently getting airplay in Jamaica.

Jay-5 grew up in Ocho Rios and started his career performing on shows along Jamaica's north coast, including several gigs in hotels, during the late 1990s.

His first studio trip in 2008, thanks to his friend, 'Russian', yielded two singles in Magic (on the Pearl rhythm which also featured Tony Rebel, Hezron and others) and Just Dance (Current Affairs rhythm), both tracks for Rebel Soulz.

Since then Jay-5 has expanded his catalogue to include several other singles and the 2013, 20-track album, Impression. "The album has been released on all major digital distribution networks and sales are picking up," the DJ said.

And speaking of Belize, Jay-5 is heading to the Central American country in September as part of a busy summer schedule. This will be his first tour of Belize and will be of note, as he will be touring with 12-year-old motivational speaker Anthony Gill.

Prior to that, Jay-5 is scheduled to open for Tarrus Riley on July 19 in Hollywood Park, California, on a show that will also feature Yellow Man. Two days later, he is set to appear on a celebrity show in Hollywood before performing at The Party Minister's (Chris Foster) Birthday Bash on July 27.