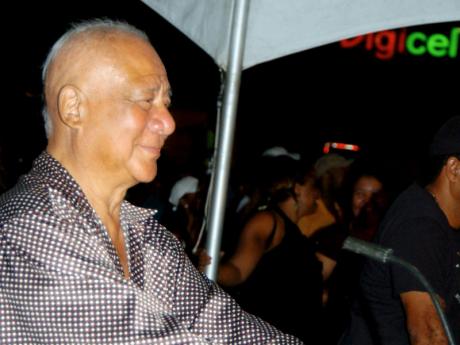 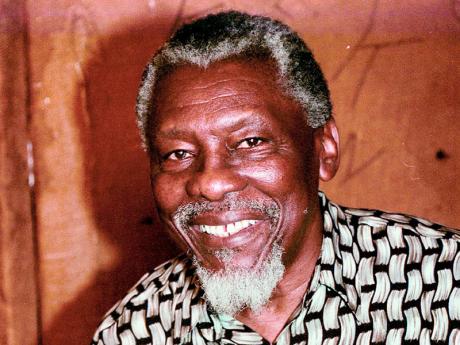 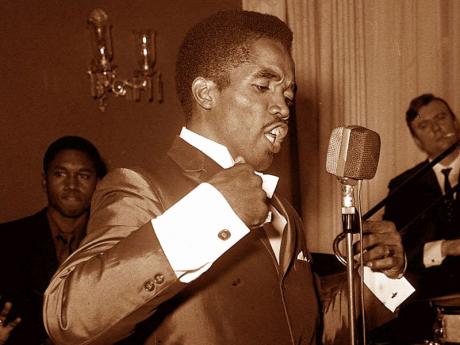 Seventeen years ago, Kingsley Goodison conceptualised an idea that has blossomed into one of the most philanthropic endeavours in the history of Jamaican popular music.

The idea was born out of a desire to recognise and assist Jamaican artistes of old, who have contributed to the development of Jamaican popular music, and by extension, the Jamaican music industry, yet remain relatively unknown.

At the outset, his brother, Keith, was perhaps his greatest inspiration and help, while his philanthropic urges propelled him on.

"Being among most of the unsung heroes in Jamaican music, I saw the distress on most of them, recognition was nowhere around, even though they had several number one hits. Nobody remembers them. So I, along with my brother, Keith, decided to do something for them, and I have seen where it has worked tremendously, lifting up a number of them", Goodison told me in a 2009 radio interview. The whole idea was to put on an awards show and dance, which became known as Tributes to the Greats, to give recognition to, and possibly raise funds to assist these unsung heroes, some of whom had become destitute.

Getting things started in 1998 wasn't an easy job, according to Goodison.

"All good things never just come on 'bang'. It has to suffer the teething process and pain. The first year, we didn't know anything about sponsors. It was just a straight thing of me finding the guys, getting the musicians and pay them", he said.

The venue, Curphy Place, which has remained consistent for 16 consecutive years, was hand-picked, according to Goodison, "because of its ideal location and appealing ambiance".

Working behind the scenes, as committee members, Kingsley, his brother Keith, his niece Anya, Dwayne Goodison and Norma Brown, who doubles up as MC, formed the backbone of the organisation.

The years between 1998 and 2004 saw dozens of persons being awarded and brought to public attention, while patrons swelled to include overseas visitors, who used the occasion as a grand reunion. Anyone you have not seen for years, chances are, you'll find them at a Tribute to the Greats show, the original awards ceremony for veterans of Jamaica's popular music, staged annually in July. Vintage music lovers are known to have danced the night away to the music of Merritone and Afrique, while a stage show puts on display a sumptuous array of vintage artistes, backed by the perennial Rhythm Masters band.

In 2005, then Prime Minister P.J. Patterson, and former Prime Minister Edward Seaga were given the Lifetime Achievement Award; Boris Gardiner and Jackie Jackson - basists, The Immortal Award, while Neville Willoughhby and Denzil Laing were bestowed with the Pioneer Award.

By the ceremony's 10th staging in 2007, Kingsley, also known as King Omar (King for Kingsley, and Omar, his pet name), was well on his way to realising his dream. Sponsors were well on board - Superplus, Air Jamaica, Bashco, Hot 102, Sound and Pressure, Cool FM, and Derrick One Stop. The patrons had swelled to almost a full house at Curphy Place, and the awardees were close to 100. By the 12th ceremony in 2009, the awardees had climbed to 130, and it is envisaged that at Tributes to the Greats 17 (Celebrating the Chinese Connection), scheduled for July 26, 2014, at the Chinese Benevolent Association, 176 Old Hope Road, the number of awardees will be 260, a formidable figure that speaks volumes to the success of the venture.

It promises to be a stellar event, decorated with novelties. First of all, it is a new venue, which, according to Goodison, was selected by request; The Chinese connection will be the highlight of the awards ceremony, and first time sponsors - the Chase Fund, Lewin's Hardware and Cuddy'z - will be on board, in addition to previous sponsors, Kool FM, CVM TV and Wray and Nephew.

The Chinese have had very close association with Jamaica, since they first arrived here as indentured migrants in the mid-19th century. With continued migration and reproduction, their population rose to some 30,000 by 1930. However, many soon left the plantations and set up small grocery shops in almost every crevice and corner of the island. Soon establishing a dominant position in entrepreneurship, they ventured into larger commercial activities like restaurants, laundries and music. Byron Lee, Leslie Kong, Justin Yap, Vincent 'Randy' Chin, and The Hookim brothers, all made significant contributions to Jamaican music, especially in the field of production, and Goodison saw it fit that they should be rewarded. Byron Lee is well known for soca music, carnival, and his debut recording, titled Dumplins, which was one of the first to be released on a Bluebeat label in the United Kingdom.

Justin Yap was remembered for his quality recordings for the Skatalites band and the Barbadian, Jackie Opel. Vincent 'Randy' Chin is like a legend, after establishing the larger than life, VP Records in New York, with wife, Pat. But his early life was centred around Randy's Records at North Parade, where his productions assisted the careers of Alton Ellis, John Holt, The Skatalites and others.The Hookim brothers set the career of The Mighty Diamond in motion; Bunny Lee had a legion of singers under his fold, while Ivan Chin was the mento producer extraordinaire.

The Chinese - Tom, the great sebastian; Sons, the junior sebastian; Lord Koo's The Universe; Dickie' Dynamic; Thunderbird; Lee's Unlimited; and Channel1 - will be remembered as Sound System operators, while Claude and Herman Sang, Byron Lee and The Dragonaires, The Mighty Vikings, Kes Chin and the Souvenirs, The Vagabonds, Ingrid Chin, and Ernest Ranglin, among others, will be honoured in the Musicians/Bands category.