Gayle at his best 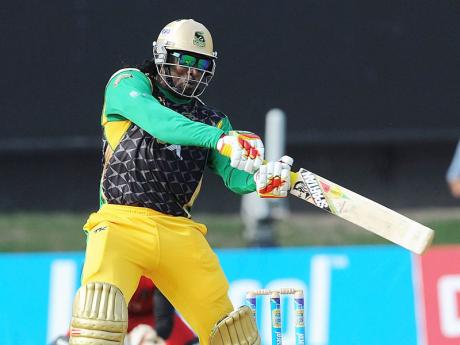 The powerful left-hander slammed 111 off just 63 deliveries - his first CPL hundred - as Tallawahs easily chased down their target off 162 off 19 overs, to send a strong signal to their competition at the start of the 2014 edition of the regional tournament.

Gayle, who has struggled with injury in recent months, showed no signs of discomfort as he blasted five fours and 10 massive sixes, ripping into the hapless Zouks bowlers who had no answer to the onslaught.

He posted 32 for the opening wicket with fellow Jamaican Chadwick Walton who scored 23 from 12 balls before dominating a 64-run second wicket stand with Jermaine Blackwood who got just eight.

Gayle, playing at his destructive best, then posted another 55 runs for the third wicket with Australia's Adam Voges who managed just 15.

His performance completely overshadowed a decent batting effort by the Zouks who rattled up 161 for five off their 20 overs, after winning the toss and choosing to bat.

South Africa's Henry Davids top scored with 56 from 38 balls, striking five fours and two sixes while captain Darren Sammy finished on 29 not out from 22 balls with three boundaries.

Johnson Charles and André Fletcher both got 27.

Seamer André Russell took two for 27 from his three overs.