Bernard: All in place for success at Commonwealth Games 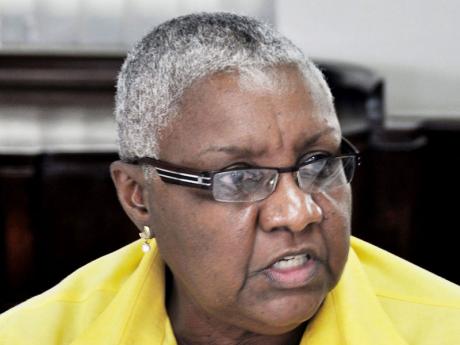 President of Netball Jamaica, Marva Bernard, is quietly confident about the Sunshine Girls' prospects of winning a medal at this month's Commonwealth Games, which will be held in Glasgow, Scotland, from July 23 to August 3.

Bernard said while her team's target is to win the tournament, they would settle for any other medal if that did not materialise.

"Everytime my team leaves here to go to a major championships, I do not set my cap lower than the highest point," said Bernard.

"If we fall short, we fall short, but we don't go to a championship to come third or second. Right now we are fourth and we are taking it one day at a time. I really believe that these girls have it in them, and I believe that most of them are hungry for it," she said.

"The seniors on the team, some have gone to a World Champs and have come third and so are really voraciously hungry," Bernard said. "The young ones have the energy and they are fearless, and I think if you can harness that with the confidence and support, then I really expect that they will do well."

Bernard added that she is very happy with the preparations of the team heading into the Commonwealth Games because they have done the work in training and so it is now time to deliver in Scotland.

"They are feeling it more than I ever felt it," said Bernard. "A lot is at stake for these girls. We struggled so hard and we are a female sport and in the scheme of things, we can be considered a minor sport. I am just hoping that this time around the girls will come home with a medal because any medal will be an improvement on what they have gone in with," said the netball boss.

Continuing, Bernard said: "I just want this whole nation to lift them up in prayer because they have done the hard work and they deserve to come home with a medal. I know that number one, two, three, five and six are working really hard, but I think it is our time to shine and I pray that we shine."

She noted that her administration will be very disappointed if the Sunshine Girls do not come home with a podium finish because they have given the girls all the necessary support in their preparations.

"This time if they don't come back with a medal is not because they have not given it their all out in the preparation," Bernard said. "They say half of the battle is won from the preparation and this time they have done the work.