Diary of a mad Brazil fan 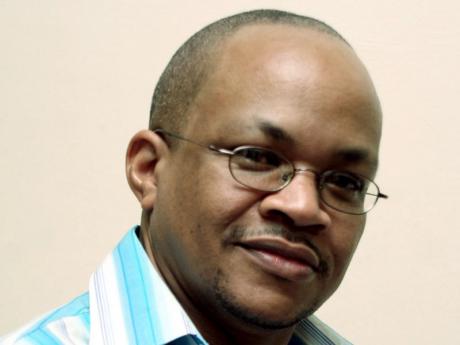 I have been a rabid Brazil football fan for as long as I have been aware of my existence. Watching the World Cup over the years, I have celebrated wildly when Brazil won, and grieved when they lost.

I looked forward to this year's tournament with great anticipation, excited about the prospect of Brazil burying the ghost of 1950, the last time they hosted the World Cup, when they lost 2-1 to Uruguay, effectively plunging the country into mourning. The country was so devastated by the loss that they gave it a name, 'The Maracanazo', and ditched their white jersey and replaced it with the now iconic yellow shirt.

This World Cup began ominously for Brazil, with the opening goal being an own goal, the first time this was happening in the history of the competition. By the end of the first round, it became obvious that this was not a vintage Brazil side, in the league of those that had won the Cup in the past, but nothing could have prepared me for the carnage that I witnessed on the afternoon of July 8, 2014. Instead of burying the ghost of the Maracanazo, they apparently performed a seance and summoned the ghoul and a half-dozen of his brethren from out of hiding in the netherworld.

I sat and watched in disbelief as Germany opened up a can of whup-ass and doused the 'Selecao' with its contents. Samba gave way to a drunken, disoriented waltz as the five-time World Cup champions conceded goal after goal after goal on their way to being routed 7-1 by a German team that overran them like a BMW X7 driving over a small bag of Brazil nuts. Repeatedly.
At one point I became a bit confused and thought that I was watching a basketball game, before realising that in basketball, the court is smaller, there are fewer players on each team, and the score does not increase as rapidly. By the end of that game, the name for the German team, 'Die Mannschaft', made perfect sense to me, and I am sure to the Brazilians as well, as man, they nearly died after being shafted.

Usually when Brazil lose I go through a period of profound sadness, but this time I was just numb. I then made the mistake of taking to Facebook to share my grief, stating that I needed a rum and Coke. But instead of providing consolation, my Facebook 'friends' delighted in ridiculing me in my moment of distress.
One told me to "take seven and then give one away", some sent me pics of 7UP cans, while others told me to just drink rum and forget about the Coke. And as if that were not enough, I received a picture on WhatsApp of my 'good-up' Brazil flag and keyring in my office, nailed to the wall, alongside a note saying, "YUH SIDE TEET GET KICK OUT DOH. HAHAHAHAHA!!"

What made the massacre even more painful, adding insult to injury, was the fact that records that were held by Brazil were broken against Brazil on their own soil in front of their huge partisan crowd and viewed by hundreds of millions of people across the globe.
Miroslav Klose broke the record held by Ronaldo for the player scoring the most goals in World Cup tournaments and Germany surpassed Brazil's tally of goals amassed over the years in the competition. In addition, this was the largest margin of victory in a World Cup semi-final ever, and I doubt that any team had ever before conceded four goals in six minutes in the history of the Greatest Show on Earth.

At least there was the consolation match for third place against the Netherlands, where Brazil could salvage some pride and make amends. Their captain, Thiago Silva, would be back and their defence would be bolstered and no longer porous like SpongeBob SquarePants right? Wrong. Maybe the fact that the Oranje were wearing blue shirts confused them and they thought that they were playing themselves.

Anyway, the Brazilians were handed a 3-0 spanking and in the process racked up yet another embarrassing statistic: the team conceding the most goals in the tournament (14).
Who would have have believed a prediction, prior to the competition, that the host nation, ranked number three in the world, with the most World Cup trophies under its belt, would suffer the biggest trouncing and would have their goalkeeper beaten more times than any other team in the competition? These are the things that make people believe in obeah.

In the meantime, I am seeking a device like the one used in the movie 'Men In Black' that I can point at myself like I am taking a selfie and erase my memory of Brasil 2014.