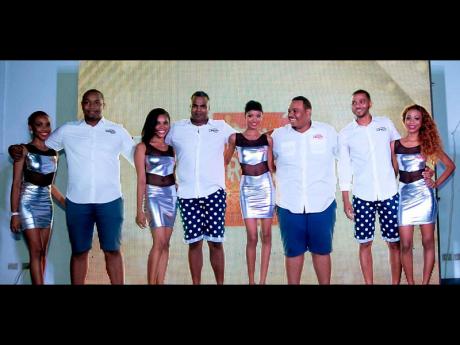 Dream Weekend promoters are flanked by the Smirnoff ladies at the recent launch of the party series. - File

Once again, Smirnoff Dream Weekend will invade Negril for a week-long party extravaganza during the Emancipation/Independence holidays, from August 1- 6.

There will be a void to fill in Negril this summer, as Appleton Temptation Isle (ATI) will not take place for the second year in a row. With the competition eased, Dreamers will take over Negril, and the 10 events on the one-season band will most certainly be more than enough for even the most unrelenting party fan.

There is no rest on Sunday when Dream's infamous water party, Xtreme Wet 'n' Wild, happens at the massive Kool Runnings Water Park. From there, Dreamers will head straight to Beer Vibes, featuring the one and only Tony Matterhorn. On Monday, August 4, Smirnoff and Dream's guests will be treated to Smirnoff Xclusive, with their red and white theme, followed by another high-energy Dream Miami J'ouvert, headlined by soca superstar Kerwin Debouis. On Tuesday (August 5), Dream Live, the ultimate Jamaican stage show, will blast off the night, and finally, on Wednesday, (August 6) comes the perfect send-off party, Igloo, the global cooler event, which will wrap up the Dream series.