What says the Queen? 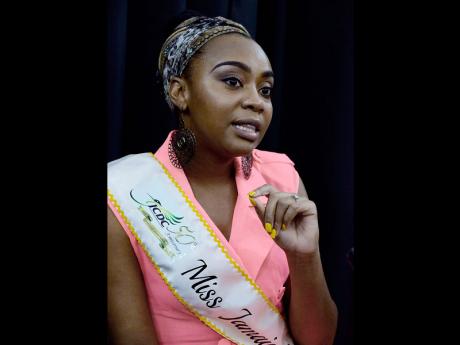 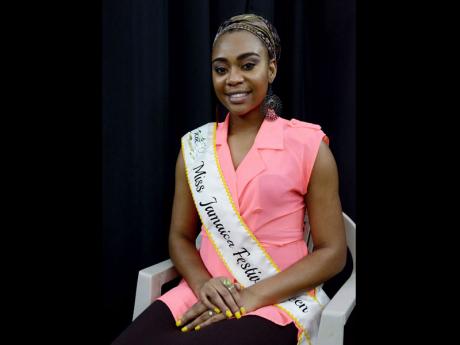 Looks, charm and a pretty smile were not what mattered to reigning Miss Jamaica Festival Queen Krystal Tomlinson. With poise and grace, she relied on more than her beauty to win a competition that places its value on national development and cultural awareness.

The Miss Jamaica Festival Queen Pageant encourages the development of cultural awareness, talent and creativity in some of Jamaica's most beautiful women between the ages of 18 and 25 years old. It is the premiere platform for their contribution to nation building. The contestants in the Miss Jamaica Festival Queen Competition (finals) are parish queens who have been crowned in the 13 parish competition.

The 2013 Parish Queen for Manchester, Tomlinson made her way to achieving more than she dreamed as the nation's queen - a crown she hands over this Saturday. For her, the benefit of this competition was to be able to make a change. "After the title has been won and the crown is placed on your head, the community work and service to the country is initiated, a lot of the service you're going to be asked to do is either in the parish as the parish queen, or if you win the national title, then it would be as a national representative," Tomlinson told Flair.

Tomlinson was always interested in community involvement and cultural awareness. She started in theatre arts from she was attended primary school. While attending university, she joined the debate team, which allowed her to enhance her public-speaking capabilities, and forced her to research and compare perspectives of different theories. She represented the university three times and was awarded 'Public Speaking Champion' for the debate. The Manchester Parish Queen made it as National Queen, and during her reign has assisted in the development of Jamaica and intends to work towards making her dreams for Jamaica a reality.

The thought of a queen whose job it seems is to sit on her throne and order her subjects around is not the way it is for the queen of this competition. She is held accountable for making sure her 'people' are taken care of, making policies and caring for those who are not able to do so for themselves. This is an embodiment of Tomlinson, who knows her position and the requirements thereof. She notes that "much more than visiting with state officials and attending civic functions, it is important to know from the day you enter the competition that it is your obligation to plan and execute a national project, and function as the youth ambassador for vision 2030. It is not enough to say you like the idea of seeing Jamaica develop, but you have to be acutely aware of what you have to do and be willing to do it once you've been given the platform".

As title holder, Tomlinson is expected to complete a national project. During her reign, her project was twofold. First, she was responsible for rallying volunteers for the Office of Children Registry. The main role of the registry is to receive reports of children who have been, or are likely to be abandoned, neglected, physically or sexually ill-treated, or are otherwise in need of care and protection. Those volunteers are currently in place and are being trained to deal with those types of situations.

Out of this project, Tomlinson started a 'Bridge the Gap' campaign which is simply finding gaps in our communities and societies and finding ways to get problems solved, which will eventually prevent a breakdown in society. These include persons who are sometimes overlooked. To help fill one such gap is a conference that she will continue to work on outside of her reign. She is organising a conference for Disabilities Awareness Week, come December. This conference will engage both the private and public sectors focusing on issues affecting youth with disabilities.

Speaking to Flair about her experiences, she recalled an incident when she was asked to speak at Lennon's High School for Girls in Mocho, Clarendon, for their Girls' Day: "At the end of the session, a student sent a letter with her mother saying she couldn't't make it to a Girls' Day, but these are the things that concern her about the country; these are the things she wants to achieve as an individual and all the ways that I (Krystal Tomlinson) have inspired her to continue along her path, no matter how discouraging it is. I had never been to Mocho before, I didn't even know they knew about me. But my heart was touched that this young lady took the time to write a letter and say, 'All hope is not lost. I couldn't be there to hear from you, but this is the type of message you're sending and I believe in what you're saying and I'm doing all that I can to be a part of that vision.' This was the most memorable point of my reign."