The journey to find a partner 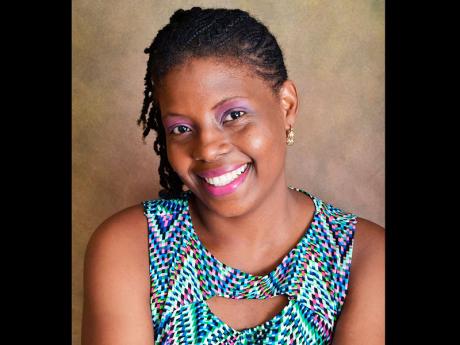 Dating is never easy, and when you have children it seems to get a bit more 'complicated'. Yanique Quest is in that same position and she has decided to share her journey with us. Join us bi-weekly as we join Yanique's quest

As a single mother, your life is centred on your children. It is a fulfilling life for some and for others, like me, it gets lonely. I have four children ranging from ages 5-12 years old, and one is a special needs. There isn't much time in my life for anything but them and work. I am up by 5 a.m. and in bed by midnight. It can become overwhelming, and it's at these times I wish I had a partner to share my life with. Someone who will hug me, laugh with me, provide moral support and make me feel like a woman - not just a mom.

BACK ON THE DATING SCENE

I decided to open myself up to the idea of dating a year ago. I wasn't looking to have a fling and I wouldn't't waste the little time I had dating someone I would never settle down with. I had four little people who looked up to me and I took that role seriously. I knew that I had to think of my children, whoever I decided to date. We are a package deal. I wasn't looking for tall, dark or handsome (wouldn't refuse it, though, if it came). I wanted a mature, loving and responsible adult that would not only love me, but would also love my children - that's a must. This is how it all began.

He had been hounding me for months for my number, so I finally gave in. We decided to go for drinks one Friday evening after work. I figured this would give us an opportunity to talk and get to know each other better. He spent two hours telling me how cruel his ex was and everything that he claimed she had done to hurt him. It was the most gruelling two hours of my life, so I ended it by telling him I had to go home. That was our first and last date.

He had asked me out a few times, but I always declined. This time I didn't. We decided on a lunch date, and I liked the idea. It gave me an hour to decide if we had anything in common. He was charming and quite the conversationalist. I told him about my kids and asked why he didn't have any. He explained that he always wanted a family but his ex-girlfriend of 17 years didn't. I was happy to know he at least liked and wanted children - after all I came with four ready-made. As luck would have it (yes I call it luck), I got a call about an emergency at my son's school. This was nothing new to me and I explained to Simon why we had to cut the lunch short and promised to call him. After all was settled, I called Simon but got no response. Needless to say, after calling him for two days without any answer, I got the message.

After the Simon fiasco, I began wondering if I would be single forever, because, truthfully, this dating thing was draining. I knew what I wanted and decided I wasn't going to give up just yet. The dating will continue.