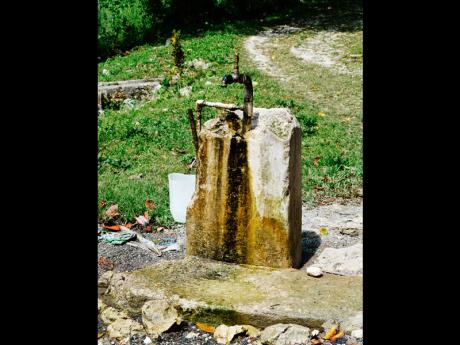 The spring water that flows through this standpipe has been running for years and is said to be the main reason for the long life of the citizens of this mountainous St Ann community. - Photos by Errol Crosby 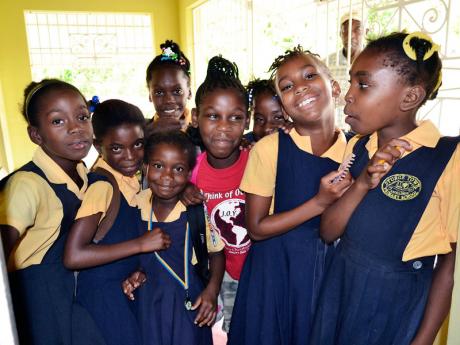 What does the future hold for these schoolgirls in Sturge Town, St Ann, one of the free villages in Jamaica? 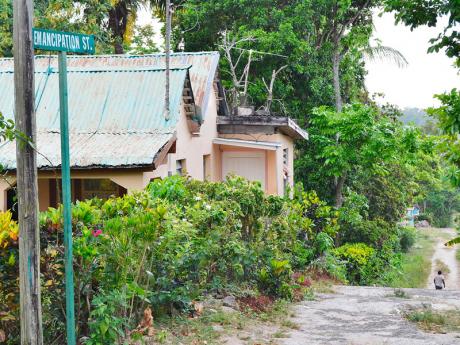 A view of the idyllic Emancipation Street in Sturge Town. 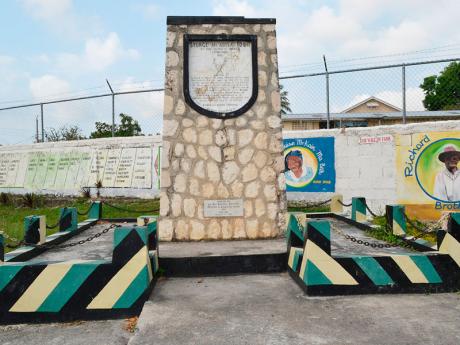 The monument telling of the early beginnings of the village. 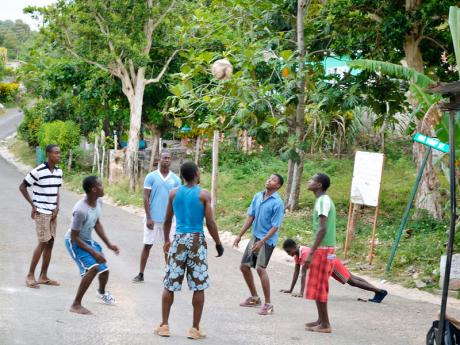 Playing football in the streets seems to be the main recreational activity for the young men of Sturge Town, St Ann. 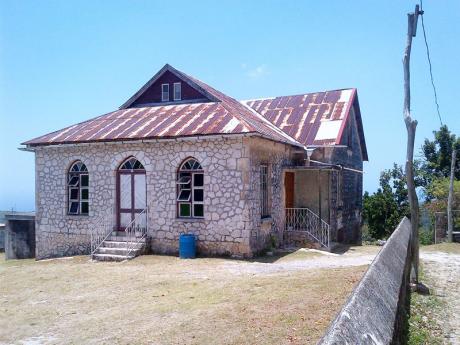 The community of Sturge Town, St Ann, was established by the Baptist Church. - Photo by Paul H. Williams 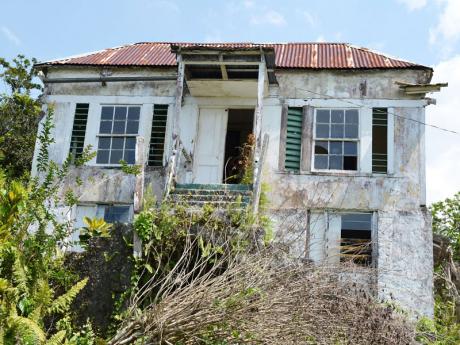 The story of Sturge Town, a hilltop St Ann village overlooking that part of the sea where it is believed the old Spanish governor made his renowned exit to Cuba in a canoe, has a special place in the story of post-Emancipation Jamaica - a history of which its residents are quite proud.

A Gleaner team journeyed along the long, narrow, winding road to the village recently. From the moment we made the final ascent, breaking through the thick vegetation as the village slowly started to take form, we knew Sturge Town was no ordinary Jamaican community.

Past Emancipation Street we went, and a monument telling the story of the founding of the free village is one of the first things that catches the eye. Behind that monument lies a wall of fame, paying tribute to the first settlers of the village and recent community stalwarts.

Now just a shadow of its once vibrant past, Sturge Town was founded in 1839 by the pastor of the Brown's Town Baptist Church, the Reverend John Clark, and Joseph Sturge, an English Quaker philanthropist who advocated tirelessly for an end to the apprenticeship system. With the coming of full Emancipation on August 1, 1838, many of the ex-slaves had to remain in the huts on the plantation, working for little and paying a burdensome rent to their former masters, who sought to find other means of tying the newly freed people to the estates and retain their labour.

With the support of sympathetic friends of the ex-slaves residing in Britain and in Jamaica, Sturge and Clark were able to purchase about 120 acres of land at Mt Abyla for £700, including conveyance and surveying costs. This piece of land was divided into village lots for 100 families. By 1840, the village began to take shape and new life was breathed into it with the addition of a church, which also operated a day school run by the local minister, Samuel Hodges.

In 1896, the governor approved the renaming of the community as 'Sturge Town' in honour of one of the village's founders. Sturge, who lived in Birmingham, England, had visited the island several times during slavery and witnessed first-hand the horrors of plantation slavery and apprenticeship. He published books detailing what he saw on his visits and played a central role in rallying support for the full abolition of slavery in the British Caribbean.

During the early years, Sturge Town grew as a mainly farming community, with pimento, banana, coffee, and sugar cane among its main crops. By the early 1900s, it had established a branch of the Jamaica Agricultural Society, which was itself founded in 1895. The society not only became a forum to discuss agricultural matters, but it also grew as the foremost community organisation, which lobbied for better roads and other infrastructure to improve the community.

As Sturge Town's population grew, concerns began to mount over the need for more land to expand the village. By 1935, it had become one of the key planks on which Captain E.V. Townsend and and C.A. Little campaigned to win votes in the area. Among the other main concerns the politicians planned to address were education, the high level of unemployment, and access to medical care.

While Sturge Town remains a farming community, there has been a decline in the number of farms and persons willing to venture into agriculture. Many of the youth in the area today are not keen on venturing into agriculture. The decline seems to have begun in the early 1900s when frequent periods of drought, followed by periods of heavy rainfall for days, started to wreak havoc on farms. Added to that, there was the challenge of getting access to good, arable land as much of the area was stony and produced less-than-desirable yields.

The community, home to a spring which residents boast is the secret to long life, has enjoyed a number of national successes over the years. One of its proudest moments was when 11-year-old Junior Henry of Sturge Town Primary won The Gleaner's Children's Own National Spelling Bee title in 1964. The community also won the Michael Manley Award for Community Self-Reliance in 2005 and the National Better Environment for Social Transformation (BEST) Community competition for 2008 after being the runner-up in 2007.

Today, the lack of opportunities in the village has resulted in several of its residents migrating to different towns across the island and overseas. However, some of its residents want to see new life breathed into the area through tourism, welcoming visitors to tour its caves, drink of the mystical water from Marley Spring, and visit great houses and other structures that stand as testament to the community's journey from slavery to freedom. It's a history they will celebrate on August 1 in a Back-A-Yaad festival, and as they reflect, they continue to hope Sturge Town has not already seen the best of its days.

Look out for more stories on Sturge Town this week as The Gleaner tracks the development of free villages in Jamaica over the next four weeks.

The governor has approved of the closing of the births and deaths registration district of Antrim in the parish of St Ann, and the formation of a new district in the same parish to be known as the 'Sturge Town' district, to include within its boundaries the present district of Antrim.

Today, the lack of opportunities in the village has resulted in several of its residents migrating to different towns across the island and overseas.