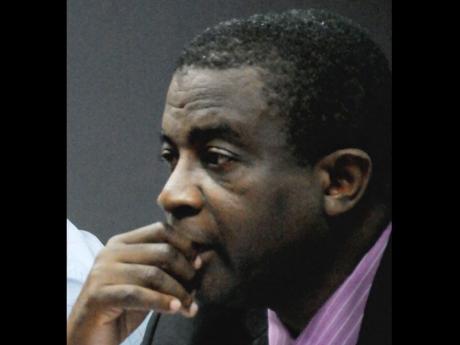 DELINQUENT TAXPAYERS and dodgers are being put on notice that the State will be coming at them with unrelenting force this year as it seeks to secure revenues due to the national purse.

Ainsley Powell, commissioner general of Tax Administration Jamaica (TAJ), told The Gleaner that $20 billion in arrears is targeted for this year and signalled that the authorities would be "going for a higher proportion due to direct intervention".

Christine Lagarde, managing director of the International Monetary Fund (IMF), during her recent visit to Jamaica, urged the Government to improve its collection of taxes.

Powell told The Gleaner that unlike last year when direct action from the intervention of compliance officers resulted in the collection of $9.9 billion, TAJ is expecting to collect more from intervention.

"We are going to be upping the levels of compliance activities this year," Powell said.

"Last year, we had heavy use of the court system in terms of cases that we took to the court ... . We are going that route again," Powell added.

He told The Gleaner that TAJ was prepared to sell properties where the court has ruled in favour of the revenue for levy due to delinquency. He also said TAJ would continue to rely on information provided by way of tips on its tax-cheat hotline, noting that 60 per cent of the calls have proven to be "worthwhile".

Finance Minister Dr Peter Phillips is expected to table bills in the House of Representatives this week to assist TAJ in securing greater compliance.

Businesses to give information

This will be an additional compliance tool, which will be used against recent amendments to the Revenue Administration Act, which allows TAJ to require businesses to submit information details relating to their depositors, independent contractors, suppliers, and business customers.

"We are using it as one of our tools in determining who is to be registered, who is to file, and a sense of what they ought to pay," Powell said. "We are utilising it to determine the accuracy of reporting."

Only 17.3 per cent of tax returns for all tax types were filed on time last fiscal year, data supplied by TAJ has revealed.

Only 28 per cent of the 14,912 companies filed returns on time, and only 31.5 per cent made payments to the tax authorities on or before the due date.

"There is an overall compliance problem, which is what we are trying to solve by getting people to file on time," Powell said. "There is a general problem of filing and paying, and as you go down into the smaller taxpayers, then it (delinquency) starts to rise because most of your larger and medium taxpayers will come in early or on time. This is where you get the bulk of the tax," Powell said.

The Government is seeking to raise $384.3 billion in tax revenues this year, up from $360.5 billion last year.