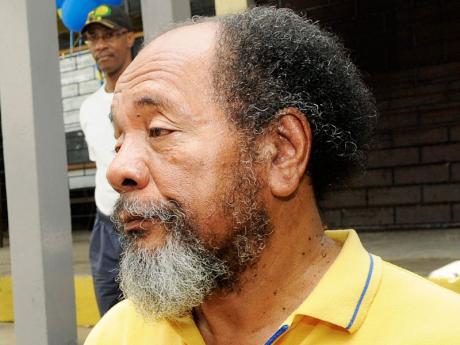 CARVEL STEWART, president of the Masterbuilders Association of Jamaica, says local contractors who do business with the Government are viewed with jaundiced eyes by the Office of the Contractor General (OCG) and has expressed hope that the separation of the National Contracts Committee (NCC) from the office will make it easier to do business.

"There must be an attitude within that organisation of enabling. What we found in the previous approach to it is that everybody is a crook and we are going to disable everybody. That is the feeling you got," Stewart told The Gleaner yesterday.

A Public Appeals Board (PAB) is to be created within a stand-alone procurement body, which the Government says will be an independent tribunal to adjudicate contractor complaints in a procurement process.

The creation of the PAB will be a feature of a reformed procurement system, which Horace Dalley, the minister without portfolio in the finance ministry, said accounts for approximately 30 per cent of GDP.

bill ready to be laid

Contributing to the Sectoral Debate in the House of Representatives last Tuesday, Dalley said a bill, which contains provisions for the separation of the NCC from the Office of the Contractor General, is now ready to be laid in Parliament.

Stewart said the OCG was not set up to assess the capabilities of contractors, noting that it was established to monitor the awards to government contractors.

"The feeling you got was that everybody was fraudulent and crooks, but we have to be more enabling of our people, and until we are doing that, the country will not be where it ought to be," Stewart said.

Dalley had announced that the NCC would be renamed the Public Procurement Commission in the new law and that the creation of the PAB represented an administrative layer that would strengthen the integrity and transparency of the public procurement process.

"The public procurement regime is a high-priority area for the Government due to its significant impact on the local and national economy," Dalley said.

He added that "improving the transparency, integrity, and efficiency of the public procurement process is at the forefront of the present reform".

Dalley told fellow legislators that contracts valued at $50.55 billion were awarded during the last fiscal year.

"These are all contracts that must be approved by the Cabinet - with value of over $40 million - through the Infrastructure Subcommittee. We have not yet tabulated the value of all those works contracts below the threshold of $500,000 issued by several ministries, departments, and agencies, which we suspect will run into several billions," Dalley said.

The overhauling of the public procurement regime proposes a revision of emergency contracting procedures as well as removal of the requirement of the Ministry of Finance to comment on all contracts prior to approval.