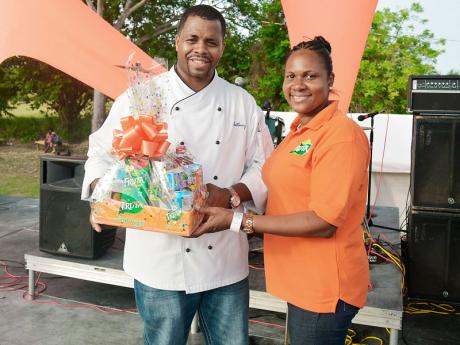 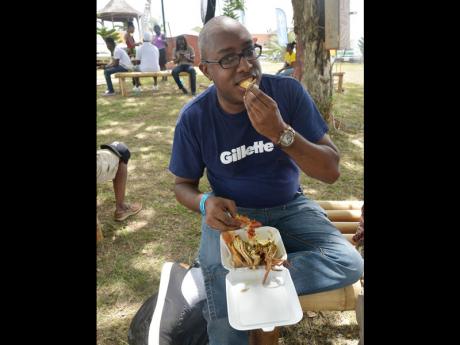 The excitement of Sunday's finals in the 2014 FIFA World Cup seemed to have put a damper on the third annual staging of Caribbean Shrimp Festival, held at the Whitter Village, Ironshore, Montego Bay, St James.

Though the event was well sponsored, the turnout was low, many seemingly opted to stay home and watch Germany play against Argentina, even though four flat-screen televisions were provided at the venue courtesy of David and Subs and Watts New.

"I have been coming to Shrimp Fest since it started three years ago, and I can tell you that the turnout here today is simply because people are at home watching the World Cup. It's a shame! The food here is really delicious, but even with the flat-screen coverage, people feel more comfortable watching the game at home," Judy Simpson said to The Gleaner.

With Caribbean Producers Jamaica providing the shrimp, all that was left for vendors to do was demonstrate their versatility in preparation, which they did with gusto. Judging by the level of patronage, a shrimp vegetable kebab cooked up by the Drunken Squid Restaurant seemed to have been the most sought after item at the festival. An Asian shrimp pasta, done by Nick's Café, and shrimp stamp and go courtesy of Healthy Eaters restaurant, were also favourites.

Despite the small crowd, those who were there appeared to have had fun, as there were several activities to entertain adults and children throughout the day. A football scoring game for children was among the activities, which created much amusement. Two bunches of coconuts were used to mark the goal area and the goalkeeper was aptly dressed in a shrimp costume. Adults gathered to watch the little ones show off their football skills. Although the keeper tried his best, he was unable to save any of the shots taken by the young footballers, who were perhaps were reliving the Germany and Brazil semi-final match.

Another highlight was a cook-off between Anthony Miller, executive chef at Hedonism II, and Sian Rose from Sian's Cooking. In announcing the winner, the judges, who included Dr Angela Harris, wife of Montego Bay's Mayor, Glendon Harris, said creativity, time allotted, taste, and presentation were the main criteria.

Miller, who was declared winner, demonstrated versatile use of shrimp by preparing three separate dishes utilising a variety of local ingredients, whereas his opponent prepared just one.

Speaking about his win, Miller said, "It's all about playing with food and using Caribbean ingredients. As shrimp is very popular and eaten all over the world, you have to come up with different styles and techniques of preparing it. At Hedonism II, we try to create new styles to highlight the Jamaican ingredients."

Though shrimp ruled the festival, there were also other seafood delights such as lobster, conch and crab. There were also booths serving chicken, pork, pizza, and hot dogs.