Who is Chris Kerr? 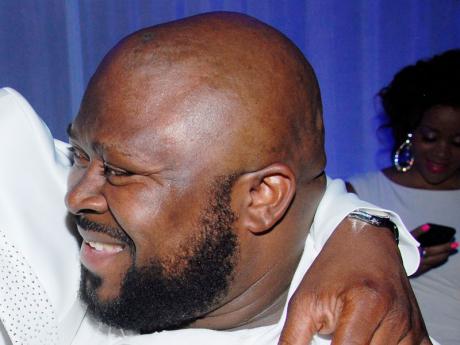 Senior Resident Magistrate Judith Pusey made the recommendation in the Corporate Area Resident Magistrate's Court yesterday when she again denied the businessman's application for bail, indicating that she had doubts about his correct name.

Kerr has agreed to meet with police investigators tomorrow before his attorney Hugh Wildman makes another bail application later that day.

Prosecutors told the court that the businessman, who was born Donovan Watson Kerr, has been using the name Christopher Watson-Kerr and has obtained passports, birth certificate, driver's licences and taxpayer registration numbers (TRNs) in both names.

In all, investigators revealed that they seized four birth certificates, three passports, two driver's licences and two TRNs from Kerr's home. He has been charged with four counts of forgery and two counts of uttering false documents.

As a result, prosecutors said they were strongly opposed to bail for the well-known real estate developer, cautioning that "the police are uncertain as to his true identity" and that he "posed a serious flight risk".

In addition, prosecutors said he is a trained pilot and the owner of a small aircraft.

Wildman denied that his client owned an aircraft.

Prosecutors also told the court that the businessman is a Canadian citizen and is the holder of a United States visa.

However, Wildman fired back, asserting that the charges against Kerr appear "contrived" and that his client was not a flight risk.

"He has too much investments in Jamaica. Right now he has an apartment complex that is 90 per cent completed on Norbrook Road and this [his legal problems] is affecting his business," Wildman revealed.

The attorney sought to explain that Kerr did a deed poll in 2011 to have his name changed to Christopher Watson-Kerr and assumed the name in anticipation that the process would soon be completed.

"There is no mystery about it. He has done business here and overseas ... he has been sued in the [United] States and he has taken out suit against people using the name Christopher Watson-Kerr," Wildman explained.

But in siding with prosecutors, Pusey underscored that the charges against Kerr are "a serious matter".

"It is not as simple as a deed poll," the magistrate said.

"My concern is, who is this person applying for bail and, if he is granted bail, will he return ... ? That's my concern," said Pusey as she sought to explain her decision to deny the businessman's bail application.