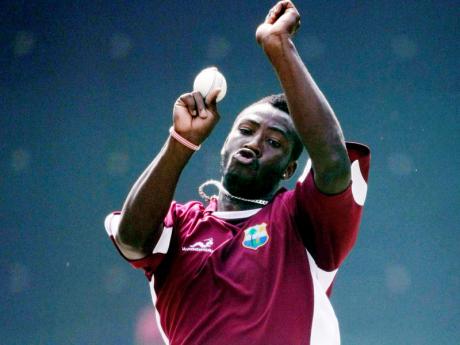 Despite finishing with most wickets in the Jamaica Tallawahs' seven-wicket win over the St Lucia Zouks in the Limacol Caribbean Premier League at the weekend, all-rounder André Russell is not entirely pleased with his own performance.

Coming on as the Tallawahs' fifth bowler during the middle and lower end of the Zouks innings, Russell picked up two wickets for 27 off three overs.

The best by a Tallawahs bowler on the day, it allowed the victors to limit the Zouks - who won the toss and elected to bat - to 161 for five off their 20 overs.

There was a wicket apiece for spinners Daniel Vettori and Nikita Miller and South African pacer Rusty Theron.

The Tallawahs, in their turn at bat, posted 162 for three.

'Good for my confidence'

"It is good that I got a few wickets to my name, and for my confidence moving forward," said Russell.

"I bowled some good yorkers, especially to (Darren) Sammy, who was looking to hit big boundaries towards the end.

"I just think I need to concentrate a bit harder, as I think I went for a few boundaries too many."

Russell, who was a member of the West Indies team that drew its recent two-match Twenty20 series 1-1 with touring New Zealand, also expressed pleasure at the Tallawahs' overall bowling effort.

"It was a fairly good bowling performance for us on a somewhat flat wicket, with the team bowling well in patches," he said.

"It is something, however, we need to work on going forward as a bowling unit, in terms of putting the ball more in the right areas.

"But, for a start, it was an OK performance. I can't wait for our next games."

The Tallawahs will face the Antigua Hawksbills in their next match at the Sir Vivian Richards Stadium in Antigua on Thursday.

Guyana Amazon Warriors, who the Tallawahs defeated for the title in last year's final, got the better of Antigua Hawksbills by two wickets in their opening encounter.