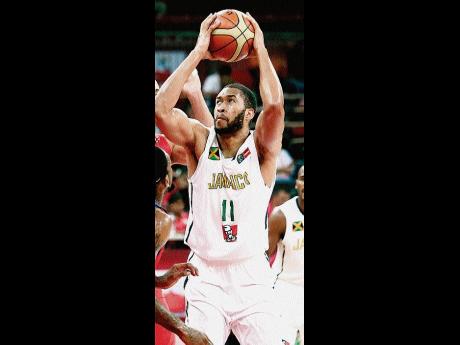 Jamaica's centre Jerome Jordan will have another opportunity to ply his trade in the National Basketball Association (NBA) in the United States, as he signed up to play for the Los Angeles Lakers in the Summer League, which is being played in Las Vegas.

Jordan was a second-round selection for the Milwaukee Bucks (44th overall) of the 2010 NBA Draft and has played in 21 NBA games.

The lanky player spent a good portion of his professional career overseas - in Serbia with Hemofarm, in Slovenia with Krka, in The Philippines with Talk 'N Text Tropang Texters, and most recently in Italy with Virtus Bologna.

The national player has also played in the NBA's D League with the Erie Bayhawks, Reno Bighorns and Los Angeles D-Fenders.

He will be hoping to impress the Lakers' coaching staff, as he aims to cement a permanent roster spot on the team ahead of the start of the NBA season, which begins on October 31.

The Lakers, which includes superstars Kobe Bryant and Steve Nash, failed to make it to the NBA play-offs last season after finishing in 14th spot in the Western Conference.

Jordan currently owns the Conference USA record for blocked shots with 333 and was a three-time Conference USA All-Defensive Team selection while playing for Tulsa University.

The seven-foot Jordan led Jamaica to the gold medal at the FIBA CBC (Caribbean Basketball Confederation) Championship in 2006.

The 27-year-old last represented Jamaica in 2013 at the FIBA Americas Championships, which was held in Caracas, Venezuela. Jamaica placed fourth.