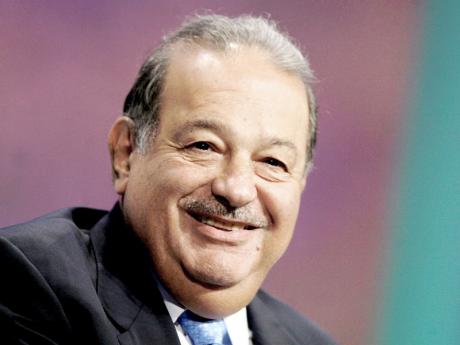 Mexican President Enrique Pena Nieto has signed into law a communications overhaul with tough restrictions on dominant companies in the telephone and television sectors.

The bill signed by Pena Nieto on Monday imposes fee limits and infrastructure-sharing requirements on any company that controls more than half the market in sectors like telephones, Internet or television.

Companies judged to have "preponderant" market positions face limits on how much and who they can charge, what fields they can enter and what kind of exclusivity arrangements they can make.

Pena Nieto says the change will increase competition in radio and television and create more effective phone and internet services.

Billionaire Carlos Slim's America Movil phone company announced last week it will sell off assets to get the company below the 50 per cent limit.

The telecom company said it would sell off some assets to reduce its market share in Mexico in the face of the country's telecommunications reform designed to break up monopolies.

The company said its board of directors agreed to sell enough assets to put the company at less than 50 per cent of the market.

America Movil controls about 70 per cent of the mobile and about 80 per cent of fixed telephone markets in Mexico.

The company, which is a leading cellphone service provider in Latin America, did not specify which assets would be sold or to whom.

Analysts have said the Mexican reform, as written, would have the biggest impact on the holdings of Slim, who is one of the world's richest men.

Under the constitutional changes, passed more than a year ago, the Federal Telecommunications Institute in March declared America Movil "dominant", with more than 50 per cent of the market, imposing a number of restrictions to diminish its power.

With the sell-off, the company expects to no longer be considered "dominant" and can avoid measures that would require it to share infrastructure with competitors, adjust rates or eliminate fees for telephone calls inside the country. It also would allow America Movil to gain access to pay television in Mexico, which the company has long sought.

The new law proposes, among other things, the elimination of long-distance rates, regulation of advertising on radio and television, and fines of up to 10 per cent of revenue for companies in violation.