How fluent should an MP be? 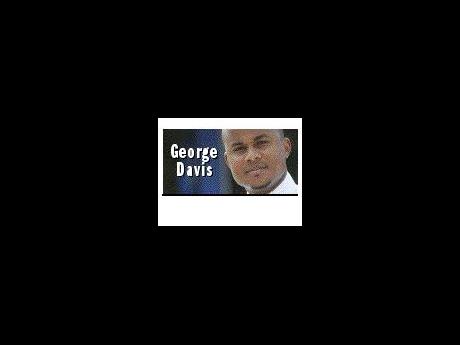 A popular member of parliament (MP) was recently burnt by criticism by a leviathan in modern media about the quality of his intervention in a recent heated debate in the House of Representatives. The MP, in particular, is extremely comfortable when speaking in the vernacular, but is less skilled, though sure-footed, when he has to converse in standard English. Standard English is that quasi-nebulous term held up by intellectuals as one layer of the chunk of difference between themselves and those they deem to be lesser beings. But I digress.

The MP in question is always clear in his communication, leaving the listener in no doubt as to what point he's making or about his position on a certain issue. But something about how he regularly mangles the English language inside, of all places, the Lower House, raised the hackles of the media leviathan who used his radio platform to cut the MP to pieces, questioning not only his right to speak in such a manner in the hallowed halls of the legislature, but, in a way, his very right to existence.

The media man lamented how the standards have fallen in representational politics and how some of those sitting and farting on those finely upholstered green leather chairs in Gordon House are so much inferior to those who gassed the chamber in the glory days of the past. The media man was evidently frustrated by the realisation that, during this most critical of periods for the Jamaican State and its people, the country, as exemplified by this MP, had to be making do with its worst set of leaders since Independence.

He was caustic in his assessment of what passes for debate and argument in the House these days and pined for the time to return when a country's politicians commanded the language and respect in equal measure by the way words came from their mouths. The manner of his criticism suggests that the media man is a firm believer in the principle that political leaders, even if superfluous at times, must never be less than mellifluous, especially given their role as establishers of examples for the youth to follow.

The poor MP heard the criticism, took it to heart, and spent a few days healing a wound to his spirit that was as devastating as the snap to Neymar's backbone at the just-concluded FIFA World Cup in Brazil. I felt both sorry for him and understanding of the criticism of him in equal measure. Maybe he didn't deserve to have his manhood trod on. Maybe he didn't deserve to be depicted as a pseudo-intellect by the media man, who could have been kinder while making the same point.

Maybe the media man should have focused on the message he was conveying rather than the manner of his speech. Maybe the MP deserved to be called out because of limitations he knows so very well. And maybe for a man now into his 60s who has swapped his place in the Garden for a seat in the Big House, he catches feelings far too easily.

I can defend the MP as an intelligent and sensible chap who transmits an understanding of the issues whenever he's asked by the media for his two cents' worth. It's mischievous to suggest that he has no place in Parliament simply because, at times, his language resembles a massive train crash which you see unfolding in front of you, frame by frame.

The questions served up by his situation are myriad. Must a legislator sound beautiful while talking sense? Or must they simply talk sense? And is it that a representative such as this MP is automatically unworthy of his seat in the House simply because of how he speaks? Is it a given that those who speak best give the best service? And do persons only have to exert command over the English language for us to give them an automatic pass as worthy legislators? Is the proof of the 21st-Century Jamaican politician in his doing? Or does proof reside in how good and proper he sounds?

George Davis is a journalist. Email feedback to columns@gleanerjm.com and george.s.davis@hotmail.com.