Schools: Haven for many unaccompanied minors 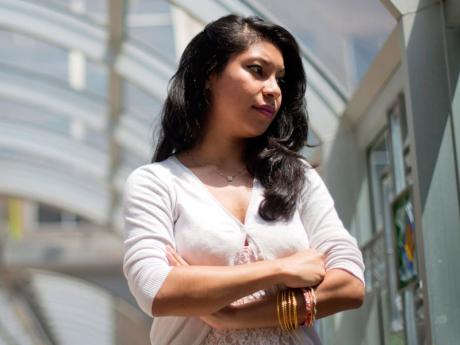 After 14 years of separation from her parents and a harrowing journey across the United States (US) border, Milsa Martinez finds solace in the northern Virginia High School where she's perfecting her English and learning civics and math.

For children and teens crossing the border alone, like Martinez did two years ago, America's schools are some of the few government institutions where they are guaranteed services, from science instruction to eye exams.

While their cases are being processed by immigration authorities, most of these minors are released to family members or sponsors who are told the children must be enrolled in school.

Schools and districts in metropolitan areas such as Washington, Houston, and Miami have seen an uptick in the number of these students and anticipate more could enroll this fall. "They have their hearts in the right places, but it's a difficult task," said Randy Capps, director of research for US programmes at the Migration Policy Institute, a non-partisan Washington think tank.

The government estimates that 90,000 children, primarily from El Salvador, Honduras and Guatemala, could make the journey alone by this fall, and that as many as 145,000 of them could arrive next year. They often come to join a parent, many times escaping criminal gangs or extreme poverty.

In school, they frequently require special resources like English language and mental health services that already are strained because of budget cuts.

In Miami, the school board voted to seek federal aid after Superintendent Alberto Carvalho said 300 foreign-born students, many from Honduras and travelling alone, enrolled towards the end of the school year. He said the district has both a "moral and legal requirement" to educate the students, some illiterate in both English and Spanish. The cost is about $1,950 more per student than it gets from the state, he said.