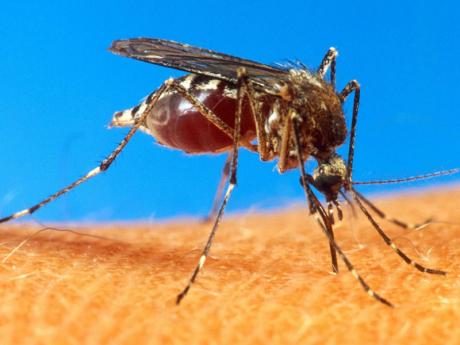 The Ministry of Health revealed last night that its heightened surveillance system has detected a suspected imported case of the chikungunya virus.

In a release from the health ministry, Chief Medical Officer Dr Kevin Harvey said the case was an individual who travelled from an affected country and fell ill.

The individual had screening tests done at a private laboratory in Jamaica, which gave indications of the illness.

A sample which was taken and sent to the Caribbean Public Health Agency for confirmation, if found positive, would confirm Jamaica's first imported case of the chikungunya virus.

"This does not indicate local spread of the virus, and we continue to monitor persons living in and around areas visited by the individual. We have heightened our vector-control activities to reduce the possibility of local spread," Harvey said.

The health ministry said it had been putting measures in place for more than two years in anticipation of the chikungunya virus reaching Jamaican shores.

The ministry urges persons travelling to and from countries that have confirmed cases of the virus to ensure that they protect themselves from mosquito bites by using insect repellent containing DEET and covering their bodies as much as possible by, for example, wearing long-sleeved clothing.

There is no specific treatment for the chikungunya virus nor is there a vaccine.

Harvey said apart from protecting themselves from mosquito bites, Jamaicans should also reduce the possibility of mosquito breeding.

"The Aedes aegypti is a day-biting mosquito that will almost always be found in and around areas where people live, work, and play. The mosquito breeds in water that settles around homes, schools, churches, workplaces, and playgrounds," he said. "Persons are urged to search for and destroy mosquito-breeding sites in and around their homes, workplaces, and communities by getting rid of old tyres and containers in which water can settle; punching holes in tins before disposing of them; and covering large drums, barrels, and tanks holding water."

As of Monday, 28 countries and territories in the Caribbean and Latin America have reported cases of chikungunya, with 5,227 confirmed.

Although it does not often result in death, joint pains and stiffness can last for months and even years. It may become a source of chronic pain and disability, resulting in the individual being unable to attend work or school.

Infants and the elderly are at greater risk for more severe disease. There are some diseases that may increase the risk for severe reactions such as diabetes mellitus and cardiovascular disease.

Anyone who experiences any of the symptoms of chikungunya is asked to visit a doctor or the nearest health centre immediately.