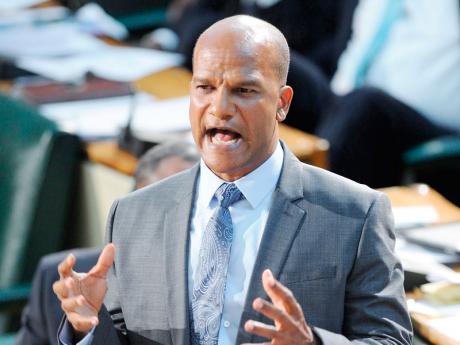 JAMAICAN law-enforcement units have lost funding from international partners due to allegations of human rights abuse by members of the security forces, portfolio minister Peter Bunting confirmed in Parliament yesterday.

"These reviews have not resulted in any action that would compromise the general operational effectiveness of the security forces, but support to a few specific units has been suspended," Bunting said.

The minister, however, did not state the nature of the support withdrawn or the units that have been impacted.

The interim report of the Office of the Public Defender recorded 76 civilian deaths, of which 44 are alleged to be instances of extrajudicial executions. One soldier was also killed. It also pointed to four possible victims of enforced disappearance and allegations of hundreds of arbitrary detentions among the approximately 1,000 people detained towards the beginning of the state of emergency.

The Government has stated its intention to hold a commission of enquiry into the operations and Bunting said yesterday that once the commission has done its work and the findings and recommendations have been acted upon appropriately, the "residual concerns regarding the west Kingston operations will be put to rest".

Responding to questions posed by Derrick Smith, the opposition spokesman on national security, on whether Jamaica's international partners have made any requests regarding measures to be taken to deal with alleged breaches of human rights during the west Kingston operation and an alleged police death squad in Clarendon, Bunting said the Government views all reports of human rights breaches with great concern. He said, however, that "as a matter of policy, the Government of Jamaica does not disclose, on an item-by-item basis, the content of communication with our international [partners] on matters of defence and national security".

Bunting cited national security secrecy and refused to provide answers on whether the country's international partners have imposed restrictions on the Government due to its human rights record and has refused to say whether a restriction on the sale or supply of military equipment has been placed on Jamaica.

Bunting said not only would it be irresponsible to publicly disclose matters of national security, but that the Standing Orders prohibited the asking of such questions.

Smith accused Bunting of engaging in a cover-up even though the minister said retiring Police Commissioner Owen Ellington had not been pushed. The minister also responded "as a matter of policy, the Government of Jamaica does not disclose, on an item-by-item basis, the content of communication with our international [partners] on matters of defence and national security" to the question of whether international partners requested that Ellington be removed as commissioner of police.

Bunting said that he was "not entirely surprised" when Ellington advised him of his intention to retire as commissioner of police based on several previous discussions.

"The job of commissioner in a country with one of the highest crime rates in the world is extremely tough and demanding," Bunting said, while noting that Ellington led the force through "a very turbulent period".

He noted that a new commissioner was expected to be named in September.

Ellington told Bunting that the impending west Kingston commission of enquiry as well as an investigation into an alleged police death squad in Clarendon forced his hand.