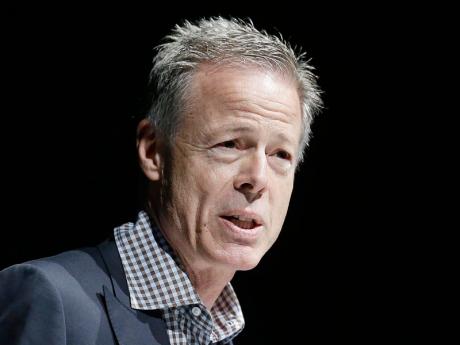 In a move that aims to counter consolidation among TV distributors, Rupert Murdoch's Fox has made an unsolicited takeover offer for rival media giant Time Warner for about US$76 billion in cash and stock.

Time Warner rejected the bid, which amounted to about US$86.30 per share, but an analyst called it just a first attempt in a courtship that would make the combined company as large as Disney in market value.

The rejected cash-and-stock offer comes on the heels of cable giant Comcast Corp's proposed US$45 billion takeover of Time Warner Cable Inc, which was made in February. It also comes after AT&T Inc announced in May it agreed to buy DirecTV for US$48.5 billion.

Both deals, if approved by regulators, would help shift the balance of power in content negotiations to distributors because of their larger subscriber bases, which could help contain rising programming costs for things like sports channels. After certain divestitures, Comcast could end up serving 30 million video customers, while AT&T would serve about 26 million.

A big merger among content owners would tilt the balance back towards the media companies.

"You can get more money negotiating together than you would separately," Janney analyst Tony Wible said. "It's a chain reaction. There will be more consolidation on the content side in response to consolidation from cable and satellite companies."

Time Warner Inc, which owns the Warner Bros movie studio and TV channels such as TNT, TBS and HBO, said Wednesday that it had no interest in further discussions and that it could create more value on its own.

NO VOICE FOR SHAREHOLDERS

In a video posted on its website, Time Warner CEO Jeff Bewkes said the company's own business plan was "superior to any proposal that Fox is in a position to offer". The company also expressed concerns that Fox offered only non-voting stock, something that wouldn't give its shareholders a voice in the merged company.

Still, Time Warner's stock jumped 17 per cent to US$83.25 on the news Wednesday, and several analysts said that in an environment with cheap access to credit, Murdoch could easily push the bid above US$100 per share and still make the deal work.

"It's the opening salvo," Wible said. "It under-appreciates the value of Time Warner."

FBR Capital Markets analyst Barton Crockett said that Time Warner had become an easier, smaller takeover target after first spin-off of Time Warner Cable Inc as a separate company in 2009 and doing the same with publishing division Time Inc last month to focus on its faster-growing TV and movie business.

Time Warner is more vulne-rable to a takeover because it has a single class of shares, so major shareholders might find it attractive even if the board doesn't. By contrast, Fox has a dual-class structure, allowing the Murdoch family to maintain control with its nearly 40 per cent of voting shares.

"I think Fox could go up to US$120 a share and still make the deal (profitable)," Crockett said. "There's a lot of room to move if they need to."

The offer was made in June and rejected by Time Warner's board on July 8.

A person familiar with Time Warner's thinking said that its board was against the mix of the offer, which is about two-thirds non-voting stock and one-third cash.