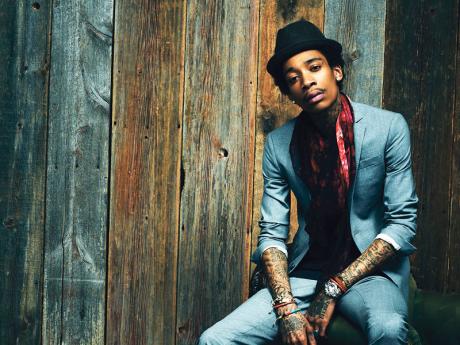 American rapper Wiz Khalifa says fans who come out to see him at Reggae Sumfest's International Night 1 tomorrow, can expect a high-energy performance from himself and his band.

"It feels good to be performing in Jamaica. I feel great and I can't wait, because it's my first time here. It will be a lot of energy and a lot of fun. I got my band, so it's definitely going to rock," he told The Gleaner in a telephone interview yesterday.

As for his preparations, Wiz Khalifa was not worried about pleasing the Jamaican audience, which is known to be stern critics. The rapper says it will be business as usual.

"It's just normal performance preparations with the band. I just want to get some good food and get to it," he said.

Wiz Khalifa also hopes he will get an opportunity to enjoy some of the attractions during his short stay on the island ... even those that are seldom promoted by the Tourist Board, though heavily endorsed in Jamaican music.

"I know that Jamaicans love to smoke, chill and have a good time ... ," he said.

The rapper also hinted that his current hit summer single, We Dem Boys, will be on his performance track list.

Wiz Khalifa is a four-time Grammy-nominated artiste, and in 2011, was voted the Best New Artiste at the BET Awards, as well as the Top New Artiste at the Billboard Music Awards in that same year. His first mainstream studio album, Rolling Papers, debuted at number two on the Billboard Top 200 chart. In 2012, Khalifa released another strong album O.N.I.F.C. (Only Nia In First Class), which, like its predecessor, also debuted at number two on the Billboard chart. The album included the platinum single, Work Hard, Play Hard.