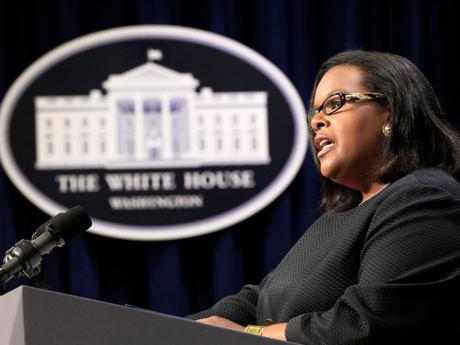 Chair of the Equal Employment Opportunity Commission Jacqueline Berrien speaks at a Middle Class Task Force event in the Eisenhower Executive Office Building across from the White House in Washington, in this July 2010 file photo. AP

The Equal Employment Opportunity Commission (EEOC) has updated 30-year-old guidelines to make clear that any form of workplace discrimination or harassment against pregnant workers by employers is a form of sex discrimination and illegal.

The guidelines prohibit employers from forcing pregnant workers to take leave and acknowledge that "employers may have to provide light duty for pregnant workers". After childbirth, lactation is now covered as a pregnancy-related medical condition.

It's not just women who will benefit.

The guidelines say that when it comes to parental leave, "similarly situated" men and women must be treated on the same terms.

The update comes two weeks after the Supreme Court agreed to consider a case involving the EEOC's duty to try to settle charges of job discrimination before filing lawsuits against employers.

The issue has gained increasing attention and has vexed business groups as the Obama administration ratchets up its enforcement of the nation's anti-discrimination laws.

The latest EEOC data shows a 46 percent increase in pregnancy-related complaints to the EEOC from 1997 to 2011.

In its report, the agency cites specific, real-life examples of what it considers illegal discrimination. It used only first names and did not reveal locations, occupations or employers.