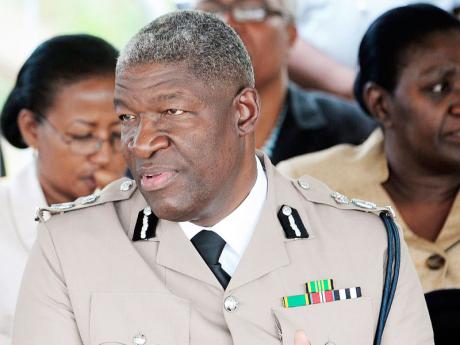 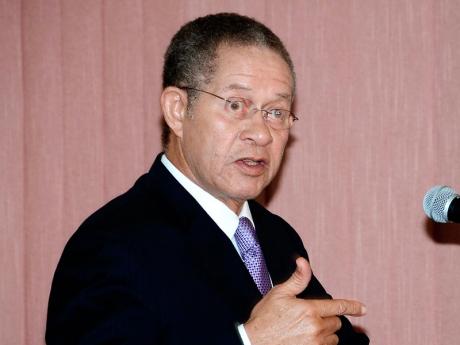 Golding: What right does that country have to talk to anybody else or any other country about extrajudicial killings?
1
2

Former Prime Minister Bruce Golding has come out swinging against the United States, declaring that nation lacks the moral authority to cite human-rights abuses as reasons to withdraw support to the Jamaican security forces.

Golding said there was no evidence that outgoing Police Commissioner Owen Ellington was involved in such abuses or failed to take action against those who carried out extrajudicial activities.

Speaking yesterday on Power 106 FM radio talk show, 'Cliff Hughes On-line', the former prime minister said the US has a long history of carrying out heinous actions against other countries which are tantamount to human rights abuses.

Referring to the US as a country that has reserved on to itself "the right to dispatch drones to go and extrajudicially kill persons who it alleges to be terrorists and in the process kill civilians including children", Golding said the US has no basis to lambaste other countries for alleged human-rights violations.

Golding stressed that these violations have largely gone unpunished.

"The numbers vary, but they have ranged between 200 and up to 1,000 persons who have been killed by drone strikes, these persons were never given their day in court, never able to say 'no, is mistake yuh mek, is not true'," Golding stated.

He queried further; "what right does that country have to talk to anybody else or any other country about extrajudicial killings?"

Golding said he was concerned that the international community has been silent on the recent drone strikes by the US in areas said to be linked to terrorist activities.

"The international community has sat by and said nothing and done nothing. And then they come and tell Jamaica that 'you must remove your commissioner because we have reason to believe that the police are involved in extrajudicial killings'," he scoffed.

He said he did not support extrajudicial killings, whether in Jamaica or elsewhere.

Golding said these incidents must be properly investigated and those found guilty should be brought to justice. He stated that it was for that reason the Independent Commission of Investigations (INDECOM) was created, during his tenure as prime minister.

In Parliament on Tuesday, National Security Minister Peter Bunting said that some Jamaican law-enforcement units had lost funding from international partners because of allegations of human-rights abuse by members of the security forces.

Earlier this month, Police Commissioner Owen Ellington shocked the nation with his sudden announcement that he would be retiring from the force.

In giving reasons for his departure, the National Security Ministry said Ellington wished to separate himself from the force ahead of the pending commission of enquiry into the 2010 operation in Tivoli Gardens, west Kingston, which left more than 70 persons dead. He also noted, his departure would prevent the perception of interference in INDECOM's investigations into an alleged police 'death squad' in Clarendon.

Ellington's spokesman, Howard Mitchell, subsequently claimed that, though he was not pushed out of office, pressure from the US influenced the police commissioner's decision to leave.