Some public bodies to be excluded from fiscal rules 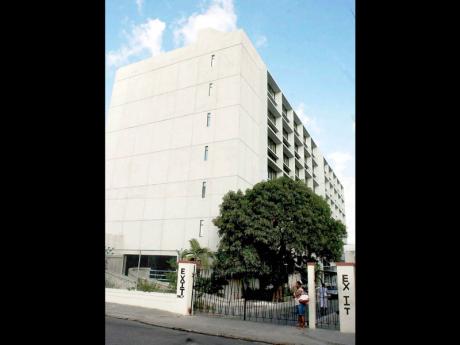 A side view of the Ministry of Finance in Kingston. - File

The Government is yet to determine which public-sector bodies whose operations are of a commercial nature will be excluded from the fiscal rules.

Exclusion means the liabilities of those bodies will not be included as part of Jamaica's stock of guaranteed public debt.

Legislation entrenching the fiscal rules was passed in Parliament in March under an amendment to the Financial Administration and Audit Act and the Public Bodies Management and Accountability Act.

The regime is meant to impose financial discipline in the Government, including a commitment to reduce the country's debt ratio.

The applicable debt, which includes those guaranteed by the Government, is that of the specified public sector after netting out cross-holdings of debt. This means that some self-financing bodies will not be covered under the rules, said Courtney Williams, senior director of the Fiscal Policy Management Unit in the Ministry of Finance.

"So, if these entities have debt and they are not included in the specified public sector then their debt will not be included" in the target to bring the debt down to 60 per cent of GDP by 2026, he said.

Williams said the finance ministry was weighing what criteria to use to determine which entities to exclude, and that the applicable regulations would be tabled in Parliament within a couple of months.

"Since the criteria have not been developed as yet, we don't know what entities will be excluded," he said.

Those criteria are also expected to guide the Auditor General's Department as to whether entities such as the PetroCaribe Development Fund ought to be among the excluded.

"We are currently having technical discussions with the International Monetary Fund and we intend to conclude those discussions this month, following which we will be going through the normal legislative process, getting approval from Cabinet and Parliament," said Williams.

"So I would expect that in a couple of months, we should be heading to Parliament with those guidelines," he said.

The fund, which administers oil payments to Venezuela that have been converted to long-term debt, currently owes about $350 billion.

Auditor General Pamela Monroe Ellis, in a report to Parliament on the fiscal policy paper, said that because the debt-to-GDP ratio projections presented for fiscal year 2014-15 are not in keeping with the definition of public debt she is unable to determine how the Government will achieve the stipulated debt target.

Williams said the Ministry has responded to the auditor general, advising that the definition to which she alluded was one mentioned in the Financial Administration and Audit Act, but amendments would be made to make it clear that the definition to be used does not take effect until fiscal year 2017/18 after the current IMF programme ends.

"While we wouldn't have this kicking in right now we recognise that some capacity building is required in the Auditor General's Department because at this moment they don't have the resources in terms of manpower to be able to go and do all of what will be required because another key feature of these rules is that there is a significant enhanced role for the Auditor General and with that there will be need to beef up their human resource capacity," said Williams.

"The main purpose of the fiscal rules is to seek to bring some transparency to the whole process of fiscal operation because that's one of the things I think some would say is lacking," said the policymaker.

Jamaica will undertake a public education programme on the fiscal rules, a process Williams said has started internally.

The Ministry has hosted seminars at its National Heroes Circle offices for ministries, department and agencies, as well as public bodies where they were introduced to the concept of the rules.

"We started internally so that at least the people these [rules] will affect directly and the people who will have to be working with these rules, know the new approach to doing things," Williams said.