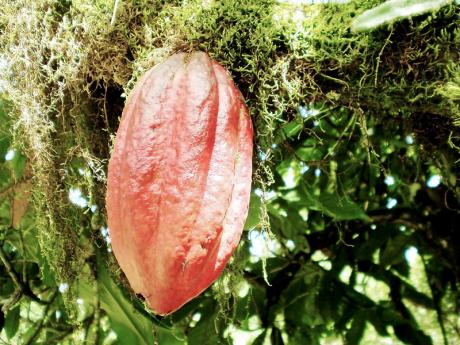 Development Bank of Jamaica (DBJ) says it has selected a preferred buyer for the state-owned cocoa assets and is awaiting Cabinet approval to enter into negotiations.

The bank has not named the investor.

The commercial assets of the Cocoa Industry Board are being divested ahead of its merger with other commodity boards.

The assets include fermentaries in Richmond, St Mary and Morgan's Valley, Clarendon; the Montrose cocoa farm also located in Richmond; processing equipment at Marcus Garvey Drive, Kingston, and 13.7 acres of land with building at Haughton Court in Lucea, Hanover.

It's unclear whether all properties will be incorporated in the deal to be negotiated. DBJ did not say how many bids were received at the May 12 deadline for tenders.

The Government, under the restructuring programme for its commodity boards, is exiting commercial operations in various agricultural markets, but will maintain its oversight role through a new entity to be known as the Agricultural Commodities Regulatory Authority (ACRA).

The cocoa, coffee and coconut boards, along with the Export Division of the Ministry of Agriculture and Fisheries which deals with trading in pimento, ginger, turmeric and nutmeg, will all be merged under ACRA.

However, the Cocoa Board will retain its marketing function for the island's fine-flavoured cocoa, internationally.

"The CIB aims to achieve its objective by being involved in promoting the growing of cocoa among farmers, providing technical support to various stakeholders; and purchasing and processing of wet cocoa beans and the selling of dried fermented cocoa beans," said Ministry Paper 60 on the ACRA programme tabled by Agriculture Minister Roger Clarke in Parliament earlier this year.

The Cocoa Board's asset utilisation has declined over the years. While the agency has processing facilities in the parishes of Hanover, Clarendon, St Mary and Kingston, in recent years processing has been centred at the Clarendon and St Mary fermentaries.

An estimated 7,000 farmers grow cocoa mainly on farms of less than 10 acres. The Cocoa Board estimates that land under cocoa cultivation totals 8,800 acres.

Jamaica is a member of the International Cocoa Organisation, which recognises it as one of 17 countries of fine cocoa and one of eight exclusive producers of fine-flavoured cocoa.