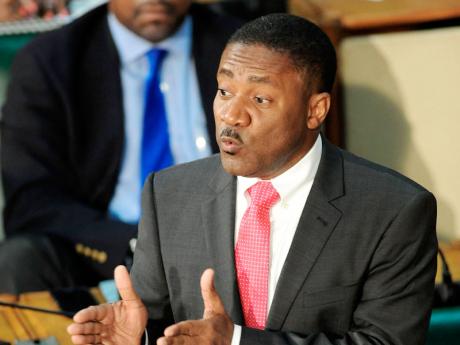 Said Mr Paulwell as reported in The Gleaner of Wednesday, July 9, 2014: "It is my intention to revoke the Special Mining Lease in respect of the Alpart and Kirkvine refineries in the event that bona fide mining operations do not commence within six months."

According to The Gleaner's report, this ultimatum is for six months, expiring January 1, 2015, so it is reasonable to assume that the notice period is July 1-31, December 2014.

The Gleaner reports that Mr Paulwell already issued two previous threats to strip UC Rusal of its licence if it failed to restart mining operations at these two facilities. The report went on to state that as far back as 2013, Mr Paulwell has been threatening the company that it would lose its licence if it failed to commence operations. He also stated that officials of UC Rusal and the Government were set to have meetings in June (year not mentioned) to discuss reopening plans. However, he did not say if these meetings were held and what was the outcome.

"The situation," he said, "cannot be allowed to continue indefinitely, and we will not allow any company to hold us at ransom ... ."

As a former employee of Alcan, a company still considered to be the best employer of labour in Jamaica, I have to express my very deep concern with the conduct of the Government in general, and Mr Paulwell in particular, regarding the handling of UC Rusal and the continued closure of these refineries.

My first questions are: Who prepared the contract for UC Rusal? Who signed off on it in the interest of Jamaica (current and former employees?) and who benefited therefrom?

Second: Does the licence/contract embody a memorandum of understanding that addresses a termination clause and subsequent penalties in the event of breaches of this arrangement?

Third: Did the Government of Jamaica and Mr Paulwell ever consider or care about the employees and their families and the devastation and damage inflicted on them by this heartless Russian company - for example, the closure of our medical programme, which left all of us senior citizens unable to adequately provide health care for ourselves and our families, many dying in poverty?

What I find as most unacceptable is the way Mr Paulwell and the Government have treated this Russian company, always threatening without taking decisive action, always playing a spectator's role while UC Rusal calls the shots.

I sincerely hope that Mr Paulwell will one day wake up from his slumber and realise that he, along with Jamaica, has already been held at ransom by the Russians and that his threats mean nothing to his bigger bosses.