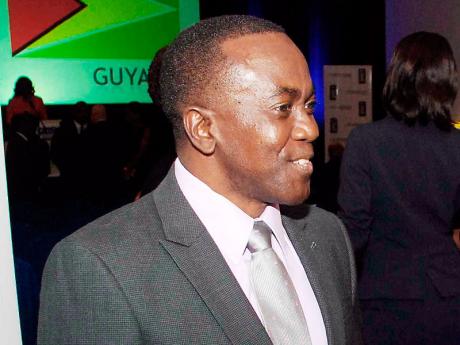 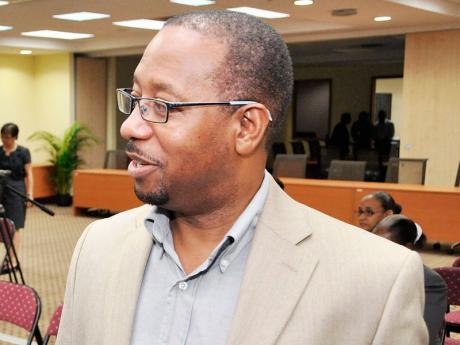 Next month, the Caribbean Institute of Media and Communication (CARIMAC) and the University of the West Indies (UWI) Community Film Project will mount their first joint film-making boot camp.

It will make the multibillion dollar film industry a little more accessible to the general public. Previous UWI film-making courses were restricted to either CARIMAC students or residents of the Greater August Town community.

In September, Montego Bay communities will get their chance to learn the art.

Designed as an introductory workshop, the boot camp will cover the fundamentals of film production. These include directing, screenwriting, handling equipment, and video editing. Aspiring film-makers and others wanting to learn more about the film industry need to register today, which is the deadline.

Scheduled to run from August 4 to 29, with classes Mondays to Fridays from 9 a.m. to 4 p.m., participants will learn how to produce their own short films. These will be showcased to the public at the end of the programme.

Classes will be held in CARIMAC's television studio on the UWI's Mona campus, and will take the form of lectures, demonstrations, consultations, tutorials, and production sessions.

An e-mail from CARIMAC's director, Professor Hopeton Dunn, stated that the boot camp is an extension of the kind of practical training offered in the institute's journalism degree programme and its many annual short courses.

The e-mail had this good news for those with a serious interest in film. Dunn wrote: "The course foreshadows the three-year undergraduate degree in film production (and animation) which will be offered at the UWI, through CARIMAC, in 2015."

Pointing out that the essence of film-making is storytelling, Dunn continued: "We want to show each student who comes to this workshop how to tell their story in an evocative and authentic way."

The workshop is only introductory but, he added, "in four weeks, we can take the story that is in the mind of each of these students, get them to think about it critically and, together, begin to prepare the best way to tell it visually. The outcome will be a short video that connects with an audience and communicates the story."

He called the workshop "a springboard" for aspiring film-makers and storytellers in Jamaica who want to learn the fundamentals of the craft. He said it is one way that CARIMAC is responding to increasing local and global demand for skilled film-making professionals.

I also corresponded by email with Professor Ian Boxill, director of the Centre for Tourism and Policy Research, under which the UWI Community Film Project falls. Below is the exchange.

MR: How important could a film industry be to Jamaica, in terms of earning and employment?

IB: The film and television industry is one of the largest in the world. There is a great deal of potential for the expansion of the industry in Jamaica. Our studies at the Centre for Tourism and Policy Research indicate that, in developing and emerging nations, the industry provides employment for hundreds of thousands of people and contributes significantly to the gross domestic product.

Already, quite a few Jamaicans are part of the industry, but the potential is there for more involvement as there is a demand for good Jamaican movies and television shows locally, regionally and internationally.

What we need to do is to train people and direct them to the opportunities that are available.

We believe that we can transform our inner-city communities through a highly developed, well-run film industry, which has at the core high-quality instruction and production.

MR: What has hindered the development to date?

IB: The focus has been on attracting persons from outside to make films here. Our policymakers need to provide incentives for local people to make films and assist them in production and distribution.

We have to come to the realisation that the technology has largely democratised the industry, making it easier for ordinary citizens to be part of this exciting industry. The global labour market has changed and skills associated with film-making are in high demand.

MR: What benefits has the UWI Community Film Project brought so far?

IB: The film project has trained almost 100 young people from inner-city communities in the elements of film-making. Our participants are from what are often euphemistically labelled marginalised communities - many of those (people) who would not normally have the opportunity to access this type of training, often because they lack the resources or certification.

Our experience is that, given the opportunity, these young people can hold their own with anyone. Thus far, the graduates have made 15 short films, participated in two film festivals, and a few have gone on to work in local media houses.

In addition, others work as interns on various projects at the UWI. Some have worked on film sets and a few have started their own businesses. We are now in three communities in Kingston, but, come September, we will be expanding to Montego Bay. This is truly exciting!

MR: Why this boot camp?

IB: To open up the training to others who are not part of the film-project community programme.

When I telephoned her about the upcoming boot camp, JAMPRO Film Commissioner Carole Beckford expressed delight, saying that the agency itself has plans for film workshops and seminars over the next year.

She stated: "JAMPRO's Film Commission supports any initiative to build capacity in the industry as, in going forward, those efforts will be key in monetising the sector. We are keen to support or partner where applicable, and we look forward to the end game. The sector has enormous potential, and education/training is important for us. We applaud UWI for its continued focus on this sector."

Although the boot camp is about film-making, I was told that no actual film will be used in the making of the final videos. Instead, it will be digital recording equipment.