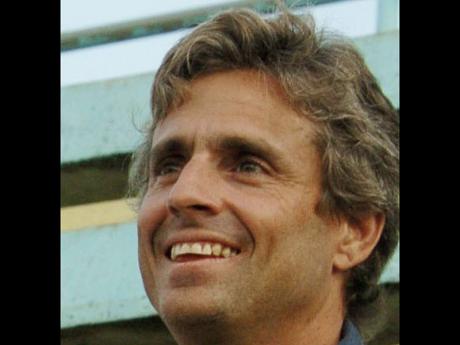 The attorney for St Andrew businessman Bruce Bicknell is seeking to make it clear that his client got no special treatment after prosecutors announced yesterday they would not go ahead with the last remaining corruption charge against him.

Opposition legislator Daryl Vaz, who was charged along with Bicknell for breaches of the Corruption Prevention Act, arising from a traffic stop in east Kingston in 2012, was not so fortunate. Lead prosecutor Tracy-Ann Johnson revealed his trial would go ahead.

Johnson's announcement comes nearly four months after lawyers for both men wrote to the director of public prosecutions (DPP) asking that the charges against them be dismissed because of what they claim was contradictory evidence given by the prosecution's main witness, Sergeant Jubert Llewellyn.

However, Bicknell's attorney, Peter Champagnie, said this was nothing unusual.

"The impression ought not to be held that this is an exception in terms of proceedings, because over the years, there have been many instances where the defence has applied to the DPP's office to discontinue matters," Champagnie said, after the announcement in the Corporate Area Resident Magistrate's Court.

Llewellyn first claimed that during the traffic stop, Bicknell handed him an envelope containing his motor vehicle documents along with $2,000 and told him, "It's okay, officer. You can have them", when he pointed out the cash.

Bicknell was arrested and charged for allegedly offering a bribe, but during a meeting facilitated by Senior Superintendent James Forbes several days later, the police sergeant changed his story, saying he was not sure whether Bicknell was trying to bribe him.

That meeting resulted in the arrest of Forbes and Bicknell for attempting to pervert the course of justice, after prosecutors charged that a decision was taken to dispose of the case against the businessman.

Bicknell was freed, but Forbes was convicted and fined $800,000.

But with the police sergeant as her star main witness in the bribery case against Bicknell, the country's chief prosecutor, Paula Llewellyn, said it would be difficult to prove beyond a reasonable doubt that there was a direct or indirect offer to him by the businessman.

"It is clear that not only would it be impossible for the Crown to establish the vital elements of the offence in respect of Mr Bicknell, but the credibility of Sergeant Llewellyn has been materially affected," the DPP found.

However, she said the case against Vaz depends on an assessment of the police sergeant's credibility about a meeting he claimed he had with the West Portland member of parliament in April 2012.

"It is trite law that the tribunal of fact can accept a part of a witness' evidence and reject a part," she reasoned.