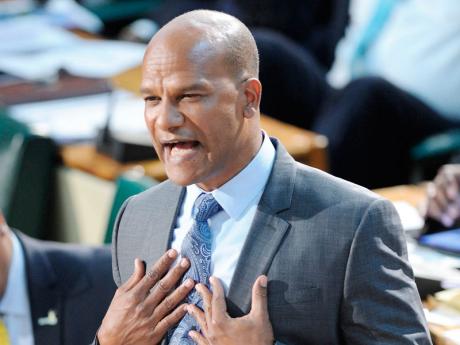 The minister of National Security, Peter Bunting, on Tuesday revealed that teenage boys were being hired at one of the country's shooting ranges to refurbish used bullet casings.

Minister Bunting, responding to questions tabled by Derrick Smith in Parliament, said the Government has had to seize four bullet-making machines, which he said were illegally imported, even as he stressed that there is no evidence that ammunition produced by these machines finds its way to the criminal underworld.

One of the machines was taken from the Jamaica Rifle Association (JRA) premises on Mountain View Avenue in St Andrew. Bunting said that, in light of allegations raised about activities surrounding the use of the machine, its removal was deemed necessary.

Bunting said persons "including senior officers of the police and military, over decades have been aware that their machines were at the JRA" premises, but said he acted to have them removed because of "certain allegations of teenagers doing some summer jobs and part-time jobs around cleaning the spent shells for reuse or sale, that is when my attention was brought to it."

Last year, police along with members of the contraband enforcement team intercepted a barrel with the two bullet-making and reloading machines and 3,300 warheads at the Kingston wharf.

At the time, Commissioner of Police Owen Ellington said the seizure indicated that criminal elements were utilising creative means to arm themselves to further their plans to rape, maim and murder law-abiding citizens.

One man has been arrested in connection with the seizure.

On Tuesday, Bunting said in relation to other machines which were in the hands of private individuals, "the police have investigated and the FLA (Firearms Licensing Authority) has done their own investigations and no information that has come to me suggests that there is any evidence that these machines were used to manufacture illegal ammunition or ammunition that found its way into the hands of criminals".