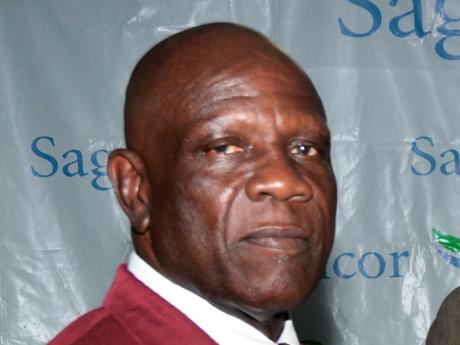 The Jamaica Teachers' Association (JTA) has made an impassioned plea for sponsorship to send its team of "gifted young athletes" and coordinators to the Caribbean Union of Teachers' (CUT) 15th biennial athletics championships in Trinidad and Tobago.

The meet is scheduled for July 25 and 26 and the JTA plans to send a 40-member team - 20 boys and 20 girls. Those, emerged as the top athletes island-wide Under-15 to Under- 9 age groups and the JTA needs a further $5 million to finance the trip to Trinidad and Tobago.

Jamaica won the championship from 2004-2010 and were runners-up in 2012 after losing the top spot to Barbados.

"Given the calibre athletes we have, we will definitely win this year," noted manager Huit Johnson. "I implore corporate Jamaica to just come on board. Sagicor Bank and the JTA Corporate Credit Union are already sponsors. We just need others to support the bedrock of Jamaican athletics. "This is the stage of competition where it all happens, even though it often goes unrecognised. Our JTA programme has unearthed Olympians and world stars like Usain Bolt, Shelly-Ann Fraser-Pryce and others," he indicated.

Team captain Tyreke Wilson, a silver medalist from the 2012 team appealed for assistance on behalf of his compatriots.

"We are the future of Jamaica's track and field. We need the support," the budding athlete said.

Coach Arthur Edwards reflected on what he termed Jamaica's "historic participation" in the championships; "1998 was our first attempt at the CUT Championship. We couldn't attend because of lack of funding. Usain Bolt was a part of that squad.

"We won't know the real talent we have here until we invest in these youngsters." the coach said.

He added that since that time, athletes like current national champion 100m Nickel Ashmede, Markino Buckley, junior athletes Christoff Bryan and Jhevaughn Matherson were products of the JTA track and field system.

"Help us to cover air fare, accommodation, meals and participation fee. Our athletes need sponsorship because they are determined to outshine others," Nash said.

Team Jamaica is scheduled to leave on July 23.