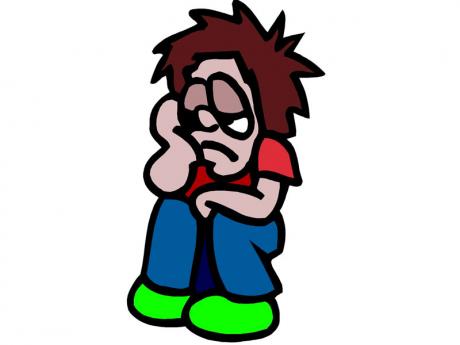 That is nonsense! There is absolutely no reason why you should not be able to have sex with a beautiful woman, so you can quit fretting. However, please take care to employ adequate contraception. It would be a great shame if you got this nice young lady pregnant.

Q. My fiancé is a guy of very firm ideas, and he has become convinced that he could take my Pill instead of me. Would that really work, Doc?

A. No, it wouldn't. He probably thinks that taking the Pill would make a guy stop producing sperm, but that is simply untrue. Scientists who are trying to invent a male Pill have tried giving men the oral contraceptive, but the experiment has been a failure. Also, the Pill can cause certain unfortunate side effects in males. Before long, your fiancé would begin growing breasts.There would be other effects that he would not like.

Q. I tend to orgasm rather too quickly, and my girlfriend is not happy with that, Doc. A friend told me that I should use something called 'slide', but he did not really know what that was. Can you enlighten me at all?

A. The 'slide' technique is a simple way of dealing with mild premature ejaculation (PE). The basis of it is that when you feel yourself approaching a climax, you quickly think of something else, - other than from sex - like fishing or sport. I believe that this method was called slide because some guy used to think about baseball batters sliding to reach first base!

Be that as it may, I must warn you that this mental technique will only work if your tendency to PE is very slight. If you have big trouble in reaching a climax too soon, then you really need help from a doctor or a therapist.

Therapists tend to teach the famous 'squeeze' technique, which involves the lady putting a special 'grip' on the guy. Alternatively, your doctor might be willing to prescribe one of a group of 'last-longer' drugs, which you take an hour or so before sex. The best-known of these is Anafranil (aka clomipramine), which is usually given in a dose of 10mg to start with.  But please be warned that, like all drugs, it can have side effects like dry mouth, blurred vision, and bellyache. Your doctor can tell you more.

Q. Last month, I decided to give up my virginity to a man of my own age (21), but it was an appalling experience, Doc. You see, I got scared about being penetrated, and I found that when he tried to get inside me, it pained me badly. I screamed and screamed, and, in fact, he ran away. I thought maybe that all this happened because he was inexperienced. So a fortnight later, I chose to go to bed with a much older man, who I know has been with many women, but to my horror, the same thing happened again. What is wrong with me, Doc? Do you think I have a structural abnormality?

A. That is unlikely. Statistically, it is much more likely that you have a condition called vaginismus. This is a condition of psychological origin in which the woman's body goes into a sort of muscle contraction whenever time an approach to her genitals is made.

A good test to see if a young woman has vaginismus is called the tampon test. If you have never been able to use tampons because your muscles tighten up whenever time you try and put one in, then it is highly likely that you have vaginismus.

My recommendation: Please go and see a female doctor who deals with family planning. She will be used to diagnosing vaginismus and treating it. Treatment generally involves a series of vaginal relaxation exercises in which the young woman learns to gain control over her pelvic muscles. Good luck!

Q. I am a young guy who is deeply worried about some new research that says that pornography shrinks the brain. Is this true, Doc?

Email questions to Doc at saturdaylife@gleanerjm.com, and read more in the Outlook Magazine tomorrow.