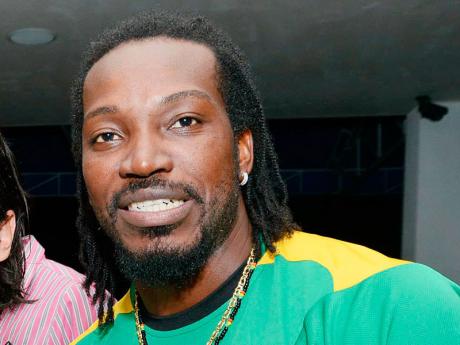 A women's rights group here has condemned as "sexist" remarks made by Jamaica Tallawahs captain Chris Gayle to a female journalist, at a media conference here on Wednesday.

The group - Women Against Rape (WAR) - headed by gender equity advocate Alexandrina Wong, has also criticised the response by the Caribbean Premier League (CPL) to the incident.

Gayle, a former West Indies Test skipper, was asked by the journalist: "How does the pitch feel so far in terms of the training (and) the weather?", ahead of Thursday's CPL clash here between Tallawahs and Antigua Hawksbills.

The 34-year-old Gayle responded: "Well I haven't touched yours yet so I don't know how it feels", before adding "I like your smile; that's nice."

However, the CPL downplayed the incident, saying that Gayle was just sharing a light moment with the female journalist.

"Chris is excited for the tournament and was having a laugh with a journalist, who had a laugh back; there was no malice intended," the Antigua Observer newspaper quoted a CPL spokesman as saying.

"The lady in question had a jovial goodbye chat with him and we don't believe this was the action of someone who was offended."

Wong slammed Gayle's statement and also called on the CPL to elicit an apology from the Twenty20 star.

"What it's implying is one person's power over another in the use of the language and so we can either say it's sexist and hegemonic," Wong said, adding that the response from the reporter "indicates that she obviously doesn't know her right to autonomy".

"She obviously doesn't know her right when it comes to agency of body so that she can identify certain types of language, how they allude to her biology and what it's saying about her as a person," Wong continued.

"CPL should demand (an apology) from him because, as senior officials, they ought to know and to behave better when it comes to gender equality."