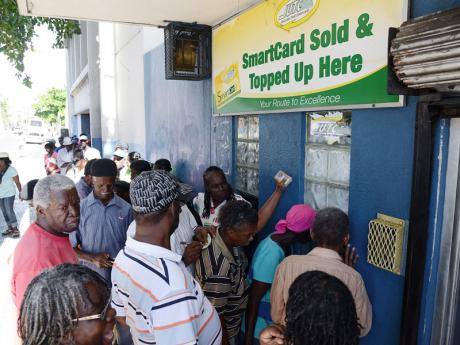 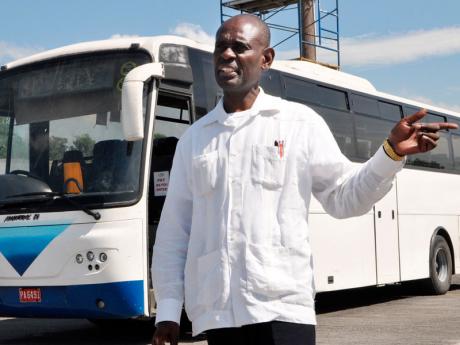 In an effort to streamline operations, the state-run Jamaica Urban Transit Company (JUTC) announced last week that it will be making it mandatory for schoolchildren, the disabled and senior citizens to use their Smarter Cards to access its $20 concessionary fare.

The measure takes effect on September 1.

Marketing and communications manager at the JUTC, Clinton Clarke, put the move within the context of ensuring revenue collection.

"No longer are we going to allow them to come on with a $20 coin, because that is the major area of leakage that we would like to plug," he said.

Clarke said the cashless system will allow the cash-strapped company to collect more revenue. According to him, the company loses through robberies, largely carried out by persons not employed to the company, but 10 to 15 per cent of the loss comes from bus drivers. Clarke was quick to point out that most of the JUTC's drivers are honest.

Clarke said, in one incident, $26,000 was stolen from a driver in Portmore, St Catherine.

"Ultimately, we should make money [from the cashless system], because we lose from pilferage. When using the Smarter Card, we do not expect that this will be a major problem. Whatever was being leaked, we will have captured into our coffers," Clarke said.

However, he declined to say how much additional revenue the company expects to bring in.

"We are looking at improving our efficiency, which should amount to us benefitting financially from the introduction of the system and the way it is expected to operate," Clarke continued.

In addition, there is a human resource benefit to the move which is expected to also lead to a more cost-effective operation.

"We are going to be able to utilise a lot of people now engaged in cash collecting in other areas such as customer service," Clarke explained.