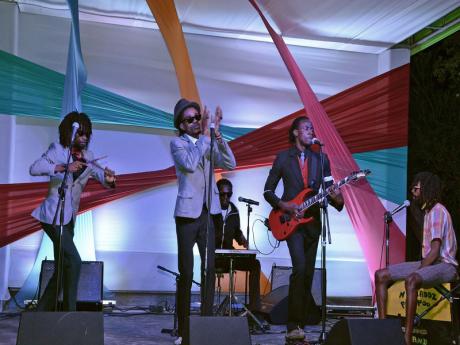 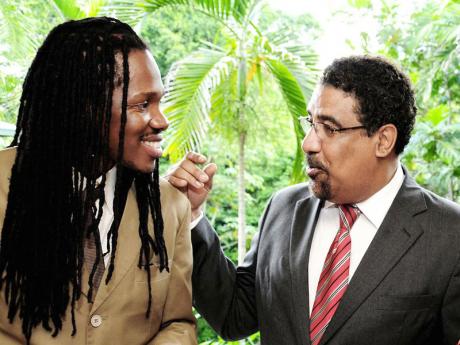 One year after an engagement was announced by Minister of State in the Ministry of Tourism and Entertainment, Damion Crawford, a tourism and entertainment marriage has been consummated, giving birth to Jamrock Summer - 90 Days, 90 Ways.

Within those parameters, however, there will be one critical sound, reggae. Crawford explained that although the initiative will include various types of music festivals, culinary, sports, fashion and other cultural offerings, reggae would be a central cog around which Jamrock Summer is built.

With the worldwide acceptance of Jamaica's music, from ska through reggae and dancehall, Minister Crawford said the success of Jamrock Summer - 90 Days, 90 Ways, would also offer the added advantage of underscoring the fact that Jamaica is the home of reggae, despite attempts by other countries to present it as if it were their own.

This comes at a time when there has been a consistent resurgence of the reggae sound locally. Among the artistes deeply involved in its increased popularity in Jamaica presently are: Sizzla, who has found renewed popularity, Tarrus Riley, Queen Ifrica and Duane Stephenson, who have all been consistent since the mid-2000s, and younger entertainers like Chronixx, Kabaka Pyramid, Jah9 and Jesse Royal.

Reggae succeeded rocksteady as the dominant Jamaican sound in the late 1960s. Jamaican-based artistes hit an international peak in the 1970s with Bob Marley and the Wailers, Peter Tosh, Inner Circle and Bunny Wailer among the main proponents. However, although co-existing with dancehall music since the early 1980s, at times, it has seemed that reggae was playing second fiddle, even as artistes outside the island successfully took to playing reggae.

Crawford was speaking at the official launch of the innovative summer entertainment programme, packaged to promote the destination worldwide, at the picturesque Sandals Royal Caribbean Island in Montego Bay on Wednesday night. The official presentation was hosted by the Tourism Ministry and endorsed by the Jamaica Hotel and Tourist Association (JHTA).

Kamal Bankay, the man behind the management of the programme, also expressed faith in the programme. "To us industry stakeholders, we know that this is the catalyst we truly need to take all of our events on the global market, and ensure Jamaica has prime position in the minds of the people across the world," said Bankay.

Speaking about the diversity of 90 Days, 90 Ways, Crawford said "The variety and vibrancy of Jamaica's cultural expressions are being packaged, showing that we are not merely sun, sea, and sand, but excellent entertainment." Obviously proud of the latest effort to place Jamaica on the world stage, Crawford said entertainment is the aspect of culture that is capable of being sold, "and we have a culture that is so dominant in so many aspects."

For Minister Crawford, Jamrock Summer will capitalise on all genres of Jamaican cultural expression. Therefore, 90 Days, 90 Ways includes parties, music, sports, culinary art, the literary art and other events to entice everyone to experience the country in a special way, segmented into nine 10-day series of events. These will leverage Jamaica's entertainment offering, and complement existing events such as Reggae Sumfest to offer added value.

He also pointed out that "At the macro-level, entertainment is an industry with many linkages," adding that, "if we can have Jamrock Summer drawing 20,000 people in the next five years, many other areas of the economy would benefit and develop."

Crawford noted, however, that while government will facilitate the promotion, it is expected that the private sector will play its role as promoter.

He said the tag line for 'Jamrock Summer - 90 Days, 90 Ways' reflects the fact that, "Jamaica offers a multiplicity of ways to enjoy the country". The concept, therefore, is to use entertainment to attract visitors to the island between May 15 and August 15 each year, to address the traditional dip in arrivals between the winter and fall seasons. In fact, the aim is to transform the summer into the Ibezia of the Caribbean.

Ibezia is an island in the Mediterranean Sea, off the coast of Spain, which is famous for hosting parties.

Minister of Tourism and Entertainment, the Honourable Dr Wykeham McNeill, also expressed his full support for the programme, stating that for years, people have seen Jamaica as a place that they can escape to during the winter. "Now we are providing the ideal destination where you can go and enjoy the summer in myriad ways. This initiative forms part of our ongoing effort to provide more unique and exciting things for our visitors to do and to give them a more authentic Jamaican experience," McNeil said.

He also commended Minister Crawford as well as chairman of the Entertainment Advisory Board, Kingsley Cooper, and his team, for creating the concept, and lauded the support of the Jamaica Tourist Board.