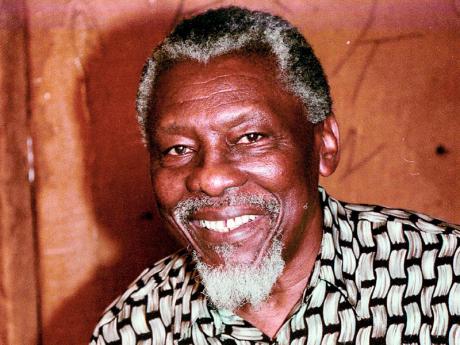 Early Jamaican popular recorded music has oftentimes been an attempt to copy American rhythm and blues songs. The reasoning behind this is far-reaching and filled with complexities. Any ardent music or dance fan of the mid to late 1950s and early 1960s will declare that the American R&B music, especially those emanating from the southern American states, was what made the dancehalls 'click'. Dancehalls in those days were the actual buildings, lawns or enclosed spaces where dances were kept.

The acquisition of popular 78RPM or 45RPM (RPM for revolutions per minute) vinyl records were of paramount importance to the success of any dance, as competition among sound system operators was stiff. Promoters and sound system operators are known to have travelled miles to the southern parts of the United States, sometimes under guise of being farm workers, to acquire the hottest discs in an effort to flop their competitors.

Clement 'Coxson' Dodd, Vincent 'King Edward the Giant' Edwards and Arthur 'The Trojan' Reid were a few of the operators who employed this tactic. The very knowledgeable and well-equipped would-be sound system operator, Prince Buster, had dreams of conquering his competitors, using the same method, until he was unceremoniously stopped at immigration by a person he described as "a relative of one of his competitors, who knew I was going to get these records to flop them".

The alternative method of acquiring records was by way of American sailors arriving at Kingston ports or returning Jamaican farm workers from the American south, who brought with them the hardcore American R&B, blues, Negro spirituals and jazz recordings by American entertainers.

Music-loving Jamaicans may easily have become attached to the American R&B music through the island's proximity to the southern states where radio stations WINZ in Miami, WLAC in Nashville and WNOE in New Orleans were easily accessible via shortwave radio. The whole exercise triggered an explosion of American dance and soul music with New Orleans leading the way with artistes like Shirley and Lee, Fats Domino, Smiley Lewis, Wynonie Harris and Dave Bartholomew of 'The monkey speaks his mind fame'.

Roscoe Gordon, Chuck Berry, Ernie Freeman, Bill Doggett, Professor Longhair, Mahalia Jackson, and Louis Jordan were perhaps the most influential of them all. In order to protect their exclusives, it became a general practice for sound operators to scratch information from the record labels to prevent competitors from identifying them. That's how serious they took their job.

By the late 1950s, the hard American R&B tunes were becoming scarce, and dancehall business began to decline. A serious crisis was developing as this was the type of music that kept fans in the dancehalls. The crisis forced promoters and sound system operators to contemplate the manufacturing of their own records, and they had better make sure it suited the fans: the type they had been accustomed to during the latter half of the 1950s. According to Coxson, as quoted in Kevin O'Brien Chang's book, Reggae Routes, "American music started to change from rhythm and blues to rock and roll, but Jamaicans didn't like rock and roll much. I searched the US, but the R&B supply was drying up, so I decided to record my own music at Federal Records."

Laurel Aitken's Boogie in my Bones, Alton and Eddy's Muriel, Theophilus Beckford's Easy Snapping and the Jiving Juniors' Lollipop Girl are but a few that revealed the transition. This, in essence, gave birth to the Jamaican recording industry.

The attempt to copy American rhythm and blues songs had indeed began in earnest, but in the midst of this, we had the shock appearance of a Jamaican recording that was not rhythm and blues, calypso, mento, boogie or rock and roll. It was a loner, a song ahead of its time, a watershed recording at that, and one that was the first in Jamaica's music history to give the Rastafarian movement respectability. Ironically, though, Oh Carolina was essentially a love song written by one of the vocalists - John Folkes in 1957, about his girlfriend. He refers to her in the song as: 'Oh Carolina, honey darling, come back and make things right'.

But the arrangements of the song, which incorporated Count Ossie's African-influenced, Nyabinghi-style drumming and chanting, gave it its true identity and provided exposure to Rastafarians at a time when they were marginalised in the Jamaican society. Although John Folkes was credited with authorship, Prince Buster must be fully commended and perhaps rewarded as the producer and arranger of a song that proved to be 'a game-changer' in Jamaica's music history.

History has it that the group met Buster while they were rehearsing at Duke Reid's studios. Buster liked the song and requested them to do it for him. However, he was adamant that he wanted it to embrace African and Nyabinghi elements: "Count, I want you to record just the way you and the group play all the while," he said. With vocals by Mico, John and Eric Folkes (Folkes Brothers), an inspiring piano instrumental by Owen Gray, handclaps by Buster, backed by the thundering cross rhythms of Rastafarians - Count Ossie and the Wareikas, the song was recorded in a small studio at RJR in 1960. It is arguably the most important record in Jamaica's music history, having an influence on reggae and a succession of 'drum songs', while holding pride of place as a perennial draw at oldies sessions.

Sadly, though, the recording became the subject of a controversy between the Folkes Brother and producer Prince Buster, concerning its authorship. The situation came to a head when Shaggy had a worldwide million seller in 1993 with a deejay version of the original, which topped the charts in several countries, earning millions in royalties to the true author. Buster always maintained that he wrote the song, but the Brothers disagreed. In 1994, a London court, in an effort to settle royalty payments, investigated and ruled that John Folkes was the composer.

More than 50 years after that big hit, the group, minus John, (replaced by Jah D), released a 2011 album, titled Don't leave me Darling.