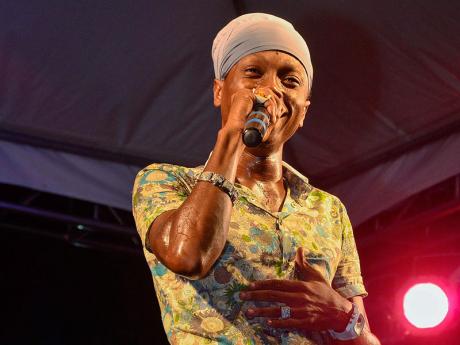 Electronic Dance Music (EDM) is becoming increasingly popular among party-goers globally, and has even found its way onto the shores of Jamaica. Despite reggae and dancehall being the dominant music of choice on the island, local socialites have been embracing the electronic dance music genre; especially at popular night spots and via programming offered by a number of radio jocks on various stations.

With this ongoing trend, reggae singer Teflon, who is slated to release his sophomore album shortly, refuses to be left out of the movement. The Rastafarian crooner who made a name for himself singing conscious ballads such as That's Life and Jah Nuh Let Me Go says he is all about taking his music to the next level.

"EDM is the new global movement that people are into, so if I can combine reggae with electronic dance music and get the message out, why not do it? I am about spreading positive messages of righteousness, and if this is a channel to assist in the process, then I will explore that possibility," the artiste told The Sunday Gleaner. He also said that his new album, titled Next Dimension, will not be the typical reggae compilation that people expect, but will instead comprise of EDM and other genres, with the aim of showcasing his growth as an artiste.

Teflon also echoed similar sentiments in a recent interview with Israeli publication, Kaboom1. "The musical environment in Jamaica is extremely competitive, where the strong survive and the weak fades. As an artiste, I cannot be complacent if I want to remain relevant and conquer this business. So the onus is on every artiste to make a concerted effort to put in that extra effort where needed."

According to Teflon, music has no boundaries and should not be confined in a box.

"Evolution is necessary if we intend to make positive strides, however, despite the fusion of genres, I will remain steadfast to my principle of only making good music regardless of the injection of new genres," he said.

Teflon is currently promoting the singles I'm Sure, and Same Struggle featuring Capleton. As for his new album, he says it will be distributed by United States-based company, New Millionaire Entertainment (NME). The deal sees them being the exclusive agent handling both digital and physical distribution for Teflon along with his marketing for downloadable, mobile and video contents. The dissemination will be done in conjunction with Universal Records.