Millie Small's 'My Boy Lollipop' introduces teenager to the world 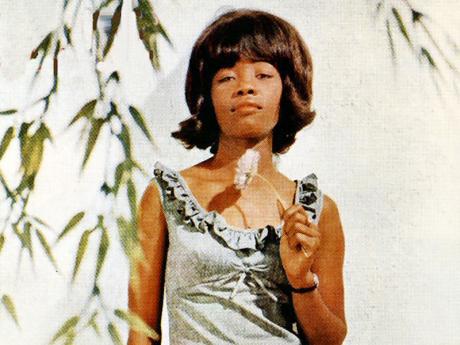 The year was 1964, the song was My Boy Lollipop, and the singer was a teenage Jamaican girl named Millie Small. The single was only a cover of Barbie Gaye's 1956 hit, but it undoubtedly catapulted the young singer into the international spotlight and cemented her space in the musical history books forever.

My Boy Lollipop, an Ernest Ranglin rearrangement, took the national and international music scene by storm, rapidly climbing to the top spots on various music charts in the United States, the United Kingdom and Canada.

It held the No. 2 spots on both the United Kingdom's Singles Charts and US Billboard Hot 100, while in Canada, it held the No. 3 spot. The Gleaner was the premiere newspaper in existence during that period, and a publication dated September 26, 1964 listed Millie Small's hit among the top LP's in the country. Also making that list was Byron Lee's Many Moods of Lee.

A December 1967 Gleaner article documented the singer's reflection on returning to Jamaica following her international success. "When I left five years ago, I had hardly enough money to get to the airport, and when I came back, all Kingston was there. I had a motorcade and a police escort. It was fantastic," she was quoted as saying. However, despite the success of her 1964 hit, many expected Small to be a 'one-hit wonder', and in that same article, it was reported that four years after the release of My Boy Lollipop, Small disappeared and didn't have a next big hit. However, her subsequent recordings, Sweet William and Bloodshot Eyes, both charted in the UK at numbers 30 and 48, respectively. My Boy Lollipop was the first major hit for Chris Blackwell's Island Records. It went on to sell over 7 million copies worldwide.

On August 6, 2011, the day the country celebrated its 49th independence anniversary, the Governor-General of Jamaica conferred the Order of Distinction in the rank of Commander (CD) upon Millicent (Millie) Dolly May Small for her contribution to the Jamaican music industry.