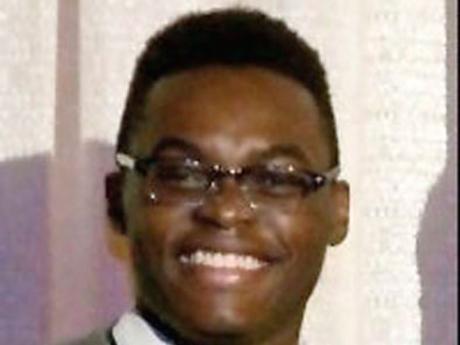 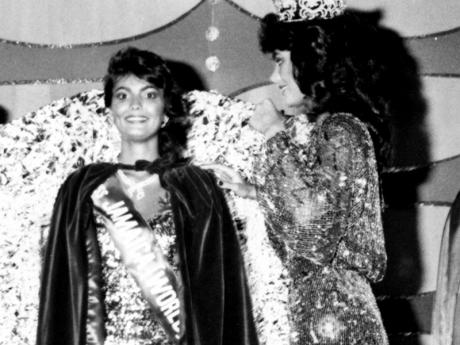 Smiling bravely although just struck with an orange (at her feet in photo), the new Miss Jamaica (World) 1986, Lisa Mahfood, is congratulated by the previous year's winner, Allison Barnett.FILE 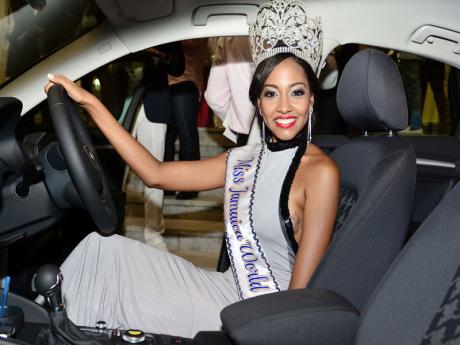 Miss Jamaica World 2014, Laurie-Ann Chin, checks out the Audi A3 she will drive for a year, courtesy of ATL Motors, at the Montego Bay Convention Centre two Saturdays ago. - PhotO by Janet Silvera
1
2
3

Jamaica marks the beginning of pageant season with the crowning of Laurie-Ann Chin as Miss Jamaica World 2014. Fuelled by social media, individuals have started to have conversations about just how representative such pageants are of the socio-economic and racial make-up of the island.

On the one hand are people who criticise organisers for selecting 'uptown' winners who tend to have lighter skin and more European features, while on the other are those who claim that it is not the race of the competitor that matters, but the content of the overall package (the brains, beauty and charm), all the while asserting the mantra 'Out of Many, One People' to defend against criticism. Unfortunately, Jamaican pageant representation is not as diverse as one would assume. In the 55 years of the Miss Jamaica World pageant, one can barely count the number of black winners with a single hand. For a country with skewed Euro-centric standards of beauty, a bleaching epidemic and remnants of a vibrant pigmentocracy in Jamaican political and social life, we must ask ourselves if this path is truly conducive to a citizenry with high self-esteem.

However, these statistics don't represent the contingent of Miss Jamaica World winners since 1959. We have produced numerous Caucasian, Chinese and brown winners since then, with a notable minority of black winners.

Despite opinions that would say otherwise, the pageant has never truly been representative of Jamaica's majority population. Remember Carol Crawford, the first Miss Jamaica World winner in post-independent Jamaica. Crawford was honoured in an article in The Gleaner in 2012 for her win of the 1963 Miss World title in London. The win was incredibly ironic because in our first year as an independent nation, Crawford got the key to the City of Kingston and was publicly idolised as Jamaica's standard of beauty nationally and internationally, all the while looking nothing like the majority of the population.

Our first year of Independence marked a return to the mental slavery that plagued our existence as a colony - a passing white girl passing for the majority. The irony was bitter.

The country's bizarre desire to be represented by minority populations has not always been as static. I believe that with the advent of the natural hair movement and other ingenuities to oppose dominant standards of beauty, Jamaica is at a moment of rupture. This rupture is precisely the reason for these conversations on social media to happen in the first place.

A similar rupture happened in 1986. Rutgers Professor Belinda Edmonson reminds us of a story in her paper, Public Spectacles: Caribbean Women and the Politics of Public Performance, when amid a contingent of brown contestants, Lisa Mahfood, a white upper-class Jamaican of Middle Eastern descent, won the title and was stoned off the stage by the majority black audience members in attendance.

Edmonson notes, "The violent public rejection coincided with the increasing unpopularity of the Jamaica Labour Party, the capitalist-oriented party in power at the time, a party headed by the then prime minister, Edward Seaga, himself of Middle Eastern descent.

Moreover, the Government was publicly aligned with American political and business interests on the island. Quite possibly, Lisa Mahfood's connections to the business community and her membership in the white merchant community (an important distinction in the types of whiteness on the island) were the main reasons why the partisan crowd rejected her victory, feeling it to be part of a larger political fix."

Jamaica is at an important crossroads politically and socially. The dollar is rapidly devaluing; there is massive drought, unemployment and general economic stagnancy. Are these issues really a catalyst for the acknowledgement of the deep class and racial issues embedded within society? That remains to be seen.

But as the under-represented majorities among us feel significant pressure from these changes, the over-represented minorities remain calm, cool and increasingly indifferent. Never has 'Out of Many, One People' meant so much (or so little) on either side.