What value is culture to economic development? 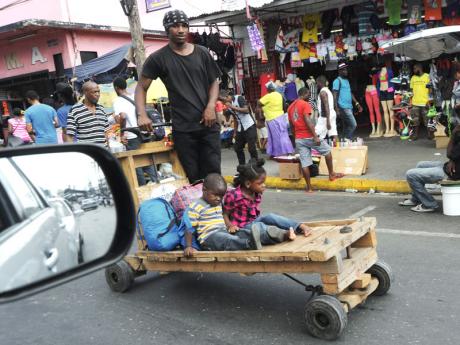 These little ones seem a bit scared as they got a handcart ride along Darling Street in the busy market district of Kingston on Saturday, April 28. Guest columnist Rose Thompson says culture and culture change are crucial to Jamaica's hope of economic development. - Jermaine Barnaby/Photographer 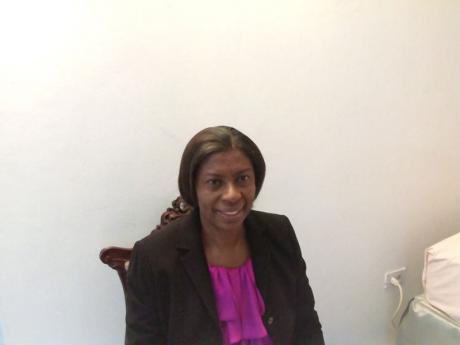 Several factors contribute to the world's successful and wealthy economies of all shapes and sizes. The key success factors include committed and determined leaders, rule of law that is enforced, an efficient public service, and an educated population that operates in an environment with strong social capital.

Claude Clarke's article in The Sunday Gleaner of May 25, 2014 highlights education, skills and social capital as the Holness-Phillips approach to drive Jamaica's economic future. This approach is not new. Both Singapore and Finland used education in the 1960s as a central strategy to build their economies and nations. In fact, Finland linked educational reform to the creative development of economic competitiveness and the development of social cohesion, inclusiveness, and shared community within the wider society.

Lee Kuan Yew, Singapore's first prime minister, used education and training as the building blocks for economic and national development in an environment of strong social capital. Importantly, underpinning the Singaporean system is a culture of a shared sense of national mission.

Lee, from the beginning, established two overarching goals for Singapore: to build a modern economy and to create a sense of Singaporean national identity. In fact, the national identity, which is shaped by culture, is Singaporeans' sense of self-worth and is linked to their shared vision. We know that Singapore and Finland are different from Jamaica; so, too, are the United States, Japan, and China. We also know their cultures differ significantly from the Jamaican culture.

Can culture change? Culture covers a broad range of topics and is defined by the pioneer English anthropologist Edward B. Tylor as "that complex whole which includes knowledge, beliefs, art, morals, law, custom, and any other capabilities and habits acquired by man as a member of society". Culture is learned, not inherited. It derives from our social environment, not from our genes.

CULTURE CAN BE CHANGED

Since culture is learned, the Jamaican culture can be changed. Indeed, Bruce Lipton, American developmental biologist, in his book Biology of Belief, shows in stunning discoveries that genes and DNA do not control our biology, that, instead, DNA is controlled by signals from outside the cell, including the energetic messages emanating from our thoughts. In essence, we can change our beliefs, environment and culture.

What value is culture to economic development? Culture influences the development of identity which is our sense of self or belief system. What we think, believe, and feel affects how we behave.

Modern neo-classical economics until recently ignored the potential role of culture in explaining variation in economic outcomes mainly because of the difficulty in rigorously separating the effects of culture from those of institutions and traditional economic variables.

George Akerlof, the 2001 Nobel Prize winner in economics, and co-author Rachel Kranton, in their academic work of 2000, introduced social identity into formal economic analysis. They considered how identity, a person's self-image, sense of self or beliefs influence economic outcomes by incorporating the psychology and sociology of identity into an economic model of behaviour.

Interestingly, their findings show that inclusion of identity in several models, such as the economics of poverty and social exclusion, substantively changed conclusions of previous economic analysis.

Indeed, excluding identity from policies designed to reduce poverty in Jamaican and the effects of social exclusion has significant implications for economic outcomes of this country. In fact, this key variable missing from economic models may provide clues to Jamaica's poor economic performance over the years.

Anthropologists and sociologists have been advancing the view that culture matters to economic outcomes for ages. Our own veteran journalist, Ian Boyne, continuously highlights in his columns that the social dimension matters to economic development.

Post-Independence, have we created a sense of a Jamaican national identity? Is there a shared vision that is owned by all Jamaicans? Have we ignored identity, this extremely vital component of economic development, in our various economic policies? If Vision 2030, which projects Jamaica as the place of choice to live, work, raise families and do business, is still our vision, to achieve this goal it must be shared and owned by all Jamaicans. We must create a Jamaican national identity.

Akerlof and Kranton's more recent book on identity economics bridges a critical gap in the social sciences by revealing how our identities, and not just economic incentives, influence our decisions. Their work has only scratched the surface of the economic implications of identity. For example, the 'why' people make choices and what motivates their decisions is the psychology of people that still needs to be explored. The greater our feelings of self-worth, the higher the value we have of ourselves and the more options are available to us.

Because identity is fundamental to behaviour, the limits placed by society on people's identity as well as the limits we place on ourselves can also be crucial determinants of economic behaviour, opportunity, and our well-being. Given the importance of identity to economic outcomes, Jamaicans must develop a strong sense of self to improve our economic conditions.

A person with greater opportunities and a higher social status may enjoy an enhanced self-image. Given the country's current harsh economic conditions, how do most Jamaicans see themselves? What is their belief of achieving a better standard of living? Should Jamaicans believe that like other countries, Jamaica can one day become wealthy or is this impossible? If most Jamaicans have a limiting belief, we will achieve only what we believe we can. What we create and believe is entirely up to us. Belief in self is vital, however, our belief system is not set in stone. Like culture, which shapes identity, this, too, can be changed.

The culture of a people is extricable linked to nation building and economic development. If as a nation we have grown used to seeing ourselves as underperformers in our own land in areas other than sports and music, it is imperative that we change our culture to achieve the level of economic development that will provide all Jamaicans with the standard of living we deserve.

Are there lessons from other countries' experience on nation building, how to change culture, and create a sense of national identity that has relevance to Jamaica?

Dr. Rose M. Thompson is also a CPA and management consultant specialising in full business management, financial education and business coaching services. She is an accounting and mind-brain researcher. Email feedback to columns@gleanerjm.com and thompsonrose@hotmail.com.