Begging for a beating: Some Jamaican women still believe 'mi man lick mi because him love me' 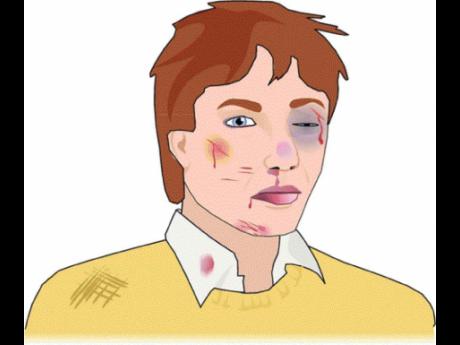 Despite scores of public-education campaigns and female-empowerment programmes, there are still women in Jamaica who believe their men beat them because they love them.

A just-released national survey, the Jamaica Multiple Indicator Cluster Survey 2011, conducted by the United Nations Children's Fund (UNICEF), has found that at least six per cent of the women in Jamaica believe that their men are justified in hitting or beating them for a number of reasons, including being unfaithful.

According to these women, a man is justified in hitting his woman if she goes out without telling him, if she neglects the children, if she argues with him, if she refuses him sex, if she burns the food, or if she is unfaithful.

"The main assumption here is that women [who] agree with the statements indicating that husbands/partners are justified to beat wives/partners under the situations described, in reality, tend to be abused by their husbands/partners," quotes the study.

The study also found that women in rural Jamaica were more likely to believe that beatings were justified.

Psychologist and University of the West Indies lecturer in political psychology, Dr Christopher Charles, said while he is heartened that the percentage of women who believe that a man has a right to beat them is a single digit, it is instructive that many of the reasons advanced for the acceptance of beatings were identical to those offered by parents who beat their children.

"The notion that you flog children because you want the best for them is at play here. If you are socialised to think that corporal punishment is an act of love, these same people grow up … and believe that if you hit me, it's because you love me, because you could have walked away.

"It is, therefore, possible that some of these individuals [had] this kind of experience as children where they now believe that their partners beat them because they loved them … ," argued Charles.

For gender consultant and former head of the Bureau of Women's Affairs, Dr Glenda Simms, while much progress has been made by women towards self-actualisation, the time might have come for a redefinition of progress.

According to Simms, violence is the single most enduring feature of women's lives around the world.

"Women feel beating is justified because they have been socialised under a patriarchal system for hundreds of years, and those values have been internalised. We have not freed ourselves from that enslaved mentality, where women find every reason to justify their oppression," argued Simms.

She noted that oftentimes, other women blame the beaten woman, saying she must have done something bad.

"We have lobbied for various women's issues; for example, equal pay for work of equal value, making sure the justice system work, education - and many have excelled in education. But research has shown that in spite of our educational achievements, we are still sitting on the back steps somewhere," said Simms as she reiterated that progress may have to be redefined.

"We were socialised to believe that getting an education was the escape from poverty. But that did not change anything else. So children who grow up in violence learn to be violent and all that happens is that they are educated and violent," she suggested.

The survey asked females between the ages of 15 and 48 to assess their attitudes towards domestic violence, specifically if husbands/partners are justified in beating them for a variety of scenarios.

According to the survey's findings, younger females between the ages of 15 and 29 are more likely to believe that their man has a right to beat them and many do not report this abuse to the police, despite legislation such as the Domestic Violence Act (1995), and the Offences Against the Person Act, under which the man can be charged.